You’re one of many actors who are people of colour and have shared similar experiences about being ignored by British Film and TV and then excelling as soon as they land a role in the US. Have you ever considered moving across the pond?

Definitely. I think every minority actor has to go to America, we have to. It’s still something I’m constantly on the phone to my agent about. I think they’re just so much more embracing over there.

Even now when I get auditions for shows in America, the side characters are so much more developed and nuanced than some of the characters that I get put up for here. That’s not to say it wouldn’t be tricky in America too.

I’d still have to start from the bottom and play a Holby City victim or something like that, which is the right to passage as an actor, but there are definitely a lot more opportunities for actors who are people of colour there.

What do you think can be done to change things in the British film and TV to make more space for people of colour?

It starts from the top up. But also, people who reach a certain level in their industry, like Riz Ahmed for example, who is really fighting for equal representation behind the camera as well as in front of it. The people who are decision makers have got to take chances and those of us who have platforms have got to use them.

I used to wish I could say I’m an actor not an activist but the truth is, I am an actor but I also feel a responsibility to use my platform and to ask those questions on my next gig, like can we make sure X amount of Asian women or Black women who get to work on this show behind the scenes too. We need more internships and training schemes to make the industry more accessible for ethnic minorities. 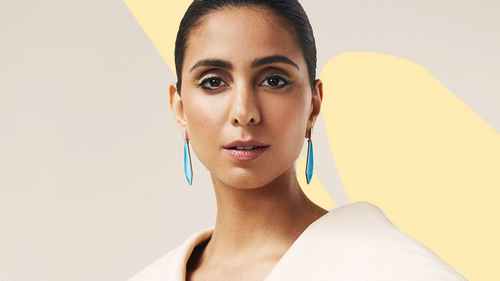 You’re also in Extinction, Sky’s upcoming new sci-fi thriller alongside Paapa Essiedu (of I May Destroy You).  What can we expect from that?

Yes, Extinction is written by one of my favourite writers, Joe Barton, who’s just so hilarious and intelligent. It’s a sci-fi thriller about an organisation called the Lazarus Project, who stopped the world from ending using various methods.

The poses questions about morality and whether anything is purely altruistic. I play a character called Archie who I love. She’s so dry and witty, and just a feminist manifesto on legs. I learned so much from her about pushing through pain.

Finally, what’s next on the agenda for you?

I’m just about to start a new series for ITV that is still under wraps but  I also  just signed a development deal with Urban Myth Films to develop the story of Sophia Duleep Singh,  who was the daughter of the last Maharaja of Punjab, and was an Indian revolutionary, as well as a leading suffragette yet we don’t know that much about her.

She was a Princess so she couldn’t get arrested during the suffragettes movement but she was absolutely incredible, so I’m really excited to tell that story.

Feel Like Your Gut Is Out of Whack? Here’s How an RD Finds Quick Relief