After nearly a year and a half since season five dropped, House of Cards returns to Netflix with its sixth and final season on Friday, Nov. 2. But just what time will the whole season be available?

The time itself is an interesting choice, considering Netflix is a company based in the United States and most of the US is sleeping at the time shows drop. But regardless, Netflix has chosen to release new shows at just after midnight PT on the release date, since its headquarters are located in Pacific Time. That means shows are available at 3 a.m. in New York City, 8 a.m. in London, and not until 3 p.m. and 4 p.m. in Beijing and Tokyo, respectively.

Every so often, the streaming service will choose to release a show at a different time, like when House of Cards season three was released at 6 a.m. ET/3 a.m. PT. But almost all the time it’s a midnight PT release. 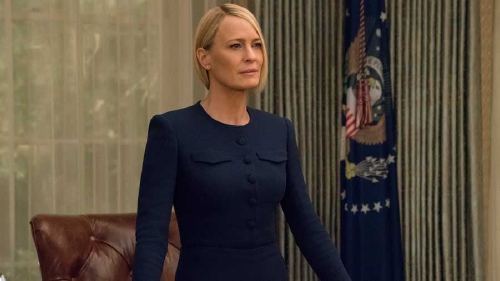 And lest you ever get your hopes up about Netflix not dropping an entire season all at once (and therefore giving you more time to watch without being spoiled), that is not going to happen. Netflix CEO Ted Sarandos told HitFix in a 2016 interview that “there’s no reason to release [shows] weekly.”

“The move away from appointment television is enormous,” Sarandos said. “So why are you going to drag people back to something they’re abandoning in huge numbers?. .. If you decide tomorrow you want to watch Breaking Bad, you’re going to spend the next two months watching all of Breaking Bad before you move on to something else. Which is radically different than, you know, a show a night viewing the way people used to do. And also the idea that I used to have a Tuesday night show, a Wednesday night show.”

So get ready for House of Cards‘ final season, which will only run eight episodes instead of the usual 13, even after the six-month delay the show had because of the sexual assault allegations levied against star Kevin Spacey. But eight episodes should still be plenty to see how Claire Underwood (Robin Wright) wraps things up in the White House.

Your broken hair straighteners are taking up valuable landfill space