Miss O’Brien and Ashley Rowbotham, Olivia’s father, will wait years before they find out how the damage affects her day-to-day life.

A heartbroken mother today demanded that all pregnant women are given a simple swab test for a common bug that left her baby daughter brain damaged.

Chelsea O’Brien, of Grimsby, Lincolnshire, passed Group B Strep (GBS) to her four-week-old girl, Olivia, during birth. She endured seizures, meningitis and blood poisoning – but she defied expectations and survived her close encounter with death.

However, scans have since revealed her ongoing battle with the bug in hospital has left her with brain damage, but doctors aren’t sure how severe it is.

Around one in four women carry GBS, which can be prevented from striking a baby if she is given antibiotics ahead of labour. One in every 2,000 babies is diagnosed with the infection, according to figures from the NHS. It can kill, and does so in around 10 per cent of cases. 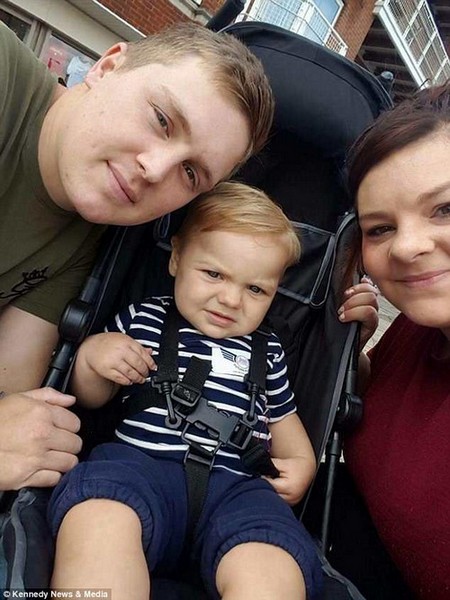 Pregnant women are routinely screened for the bacteria in the US, Canada, France and Slovenia – but the NHS claims the tests are not sufficiently effective.

Chelsea O’Brien, of Grimsby, Lincolnshire, passed the common Group B Strep (GBS) to her four-week-old girl, Olivia, during birth. She endured seizures, meningitis and blood poisoning – but she defied expectations and survived her close encounter with death

Miss O’Brien is now demanding to know why the simple swab test is not compulsory in the UK, if it could save the lives of babies.

Speaking for the first time, she said: ‘It’s heartbreaking because there is nothing we can do and they don’t know how disabled she is going to be.

‘They didn’t swab me for GBS before I gave birth, but if they had, they could have stopped it from harming Olivia.

‘It’s so easy for people to just be swabbed. They do it for chlamydia testing, so I don’t understand why they’re not doing it to save a baby’s life.

‘It’s frustrating that there are women who don’t take proper of themselves during pregnancy and still come away with perfectly healthy babies.’

She added: ‘In my pregnancy, I did everything I could right and she’s still so ill. The worst part is that we’ve been told it could have been prevented.’

Miss O’Brien and Ashley Rowbotham, Olivia’s father, will wait years before they find out how the brain damage affects her day-to-day life (pictured with their two-year-old son, Tommy)

WHY DOESN’T THE NHS CARRY OUT A TEST FOR GROUP B STREP IN PREGNANT WOMEN?

It concluded that not all women who test positive for GBS will go on to develop the infection or pass it on to their babies, so blanket screening would mean pregnant women would be unnecessarily given antibiotics, which carry their own risks to the foetus.

Some studies also link antibiotics used in pregnancy and labour to obesity and asthma. In premature babies, an increased risk of cerebral palsy has been associated with use of some antibiotics in labour.

Yet, calls have repeatedly been raised for the Government to introduce universal testing for pregnant women during standard ante-natal appointments, as is the case in Germany, France and the US.

GBS is the most common cause of infection in newborn babies in the UK.

Harmless when carried by women, it can prove fatal to babies who contract it when passing through the birth canal. Many develop meningitis and septicaemia and, if they survive, can be left with life-altering disabilities.

Known as the enhanced culture method, the test simply involves taking a swab from the woman. It would cost the NHS approximately £11 per patient. But the UKNSC review six years ago warned not all tests are entirely accurate.

An ambulance rushed her to Grimsby’s Diana Princess of Wales Hospital, where her parents thought their baby would be treated for something minor.

Miss O’Brien said: ‘I thought she had a temperature, not that there was something really wrong. I was so scared.

‘Ashley was driving home from work when I told him I had to get an ambulance for her.

‘We were waiting to be seen for about 15 minutes and Olivia just lay there and I thought she was falling asleep. It was like she was lifeless.

‘Her tongue was at the back of her throat and she wasn’t really moving.’

She added: ‘Suddenly we were being told she might have meningitis and that she needed to stay in hospital. We were all really shaken up by it.’

A CT scan the next day revealed the youngster did have the infection and she was immediately transferred to the intensive care unit at Sheffield Children’s Hospital.

Her parents moved with her, forcing them to leave their two-year-old son Tommy with family two hours away, back at home.

Olivia was fitted with a breathing tube and the family were devastated to be told their daughter may not make it through the night.

But she pulled through and the next day the hospital took her off the breathing tube and monitored her to see if she could breathe on her own.

Scans then revealed the bug had caused damage to her brain and it will be years before doctors know how this will change her life.

Pregnant women are routinely screened for the bug in the US, Canada, France and Slovenia – but the NHS claims the tests are not sufficiently effective. Miss O’Brien is now demanding to know why the simple swab test is not compulsory in the UK (pictured with Ashley) 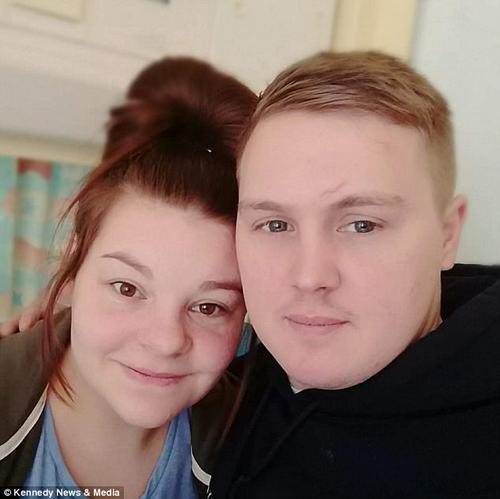 Miss O’Brien said: ‘They say she definitely has brain damage but all we can do right now is just be there to support her.

‘It could be anything from moving her hands and feet to developmental problems or even something to do with her personality.

‘She’s still got a feeding tube in so we have no idea if she can even swallow.

‘We are going to love her no matter what and we just have to be strong for her. We’re taking each day as it comes.’

Edward Morris, vice president of clinical quality of the RCOG, agreed with the ruling.

He said: ‘GBS is one of the many bacteria which may be present in our bodies and is the most common cause of severe infection in babies during the first three months of life.

‘It occurs naturally in the digestive system and lower vaginal tract of around a quarter of women at any one time, and does not normally cause any harm to pregnant women or their babies.

‘Current RCOG guidance does not recommend universal antenatal screening for GBS which is in line with recommendations made by the UK National Screening Committee.

‘It found that there is no clear evidence to show that routine testing would do more good than harm.’

WHAT IS A GROUP STREP B INFECTION?

Group B Streptococcus (GBS) is a bacteria that is carried by up to 40 per cent of adults, usually in the gut, and 25 per cent of women in their vaginas, without typically causing symptoms.

Around one in every 1,000 babies born in the UK develop a GSB infection. The US prevalence is unclear.

Infants can suffer early-onset GBS infections, which are much more common and occur when the infant is up to six days old, if they come into contact with the bacteria in the womb or during birth.

This causes them to develop rapid breathing problems and blood poisoning.

Late-onset GBS infections, which occur between seven days and up to three months, usually cause sepsis and meningitis.

Adults may experience infections of the:

The treatment for sufferers of any age is IV antibiotics.