There are many ways to transition as a trans person, and for Tommy, that has been hormones. “I just switched my hormones, and I’ve never felt better in my life,” she said.

“I spent 28 years of my life suicidal and depressed and recovering from alcoholism and drug addiction. I don’t think I’ve ever been genuinely happy until this past year. I look at the Internet chronicle of photos of me since I started working, and I can see how fucking unhappy I was in every photo. It’s wild.”

Tommy Dorfman finally feels “genuinely happy” with her life after years of living in the wrong body. A month after reintroducing herself to the world as a transgender woman in Time magazine, Tommy covered InStyle‘s October beauty issue and sat down with editor-in-chief Laura Brown on the Ladies First podcast to talk further about publicly embracing her true identity.

“My spirit was so attuned to whatever it means to be a woman. I’ve walked in the privilege of a male body, but [being a woman] is all I’ve known on the inside,” Tommy said. Even before she began her transition, Tommy felt that other trans women could see who she really is. “It’s a thing you recognize in other women in a weird way, and I’ve done it to other people, as well. It’s kind of unexplainable – trans people are magic at the end of the day.” 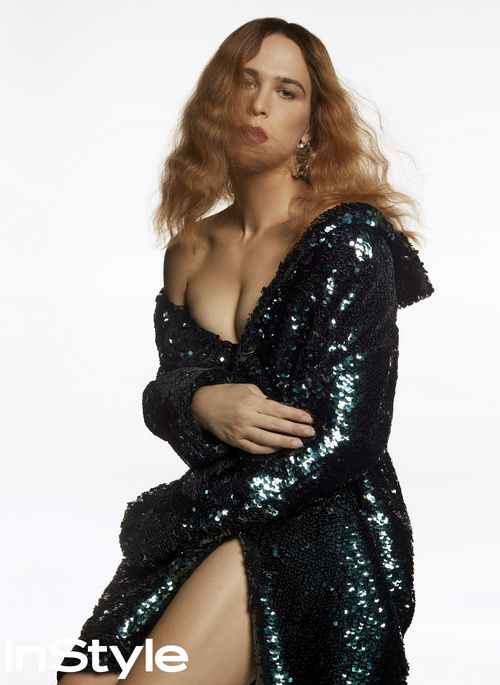 Tommy felt “really uncomfortable” and “unhappy” in her skin before taking hormones. But two weeks into estrogen, things changed. “It felt like I sank into the earth and was grounded. I can sleep now. I wake up moderately happy. I felt it hit, and I was like, ‘Let’s ride.’ And as the testosterone leaves my body, I feel so much better. I’m more energized. I feel how I think I was always supposed to feel.”

Her choice to come out has already inspired and impacted many, including trans youth who are working to feel this same sense of peace. Tommy’s words of wisdom? “You are divinely held. I have that tattooed on me – and for anyone who’s struggling, it’s a nice reminder.” Check out her full interview in InStyle‘s October issue hitting newsstands on Sept. 24.

These Students Surprised Their Professor on the Last Day of Class