Couzens has today (30th September 2021) been sentenced at the Old Bailey. He has received a whole life order – the first ever police officer to receive the sentence – meaning he will never be eligible for parole and will never be released for abducting, raping and killing Sarah.

It’s been six months since 33-year-old Sarah Everard disappeared. A week later, it was revealed Wayne Couzens, a 48-year-old serving police officer, and kidnapped and murdered her while she was walking home at 9.30pm.

Judge Lord Justice Fulford said that Sarah was a “wholly blameless victim of a grotesquely executed” crime, and that “she was simply walking home”.

Sarah’s family and friends attended the sentencing this week and members of her family read out statements about how Sarah’s murder has affected them. Sarah’s mother Susan described her heartbreak at losing her youngest child: “Sarah died in horrendous circumstances. I am tormented at the thought of what she endured…

“I would give anything to hold her once more; I hope I dream that dream again.” 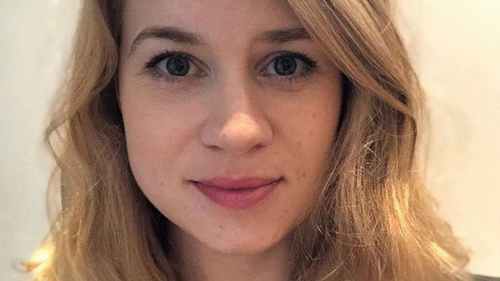 Women’s safety was at the fore of public discourse, and many believed Sarah’s tragic case to be a turning point in finally making Britain’s street safer for women and holding violent men accountable. But almost half of women (48%) feel less safe than they did in March, according a survey conducted by Bauer Media. This is despite 77% of both men and women saying that the tragedy was a key moment in the conversation surrounding women’s safety.

The government may have introduced a new violence against women and girls (VAWG) strategy in July, but with cuts to police budgets, an increase in reported rape cases in London (from 698 in April to 847 in June), a victim-blaming criminal justice system and a society steeped in misogyny (just look at the tragic Plymouth massacre) – it’s easy to see why women still feel so afraid.

Sarah’s case represents everything we’ve been told to fear since we were children. And it proves that our fear is valid and necessary. As a woman, walking alone at night means being hyper-aware. Our keys are clenched in our hands, we forgo headphones to be able to hear the steps of someone potentially approaching us, we check over our shoulders just to make sure that the person who was behind us before hasn’t turned the same corner and, when we do get home, we try not to linger at the door too long, fumbling with our keys to get in. All we are trying to do is get home safely.

For Sarah Everard, this is all she was trying to do as well.

On March 3, Sarah left her friends home in Clapham at 9pm, likely walking through the main thoroughfare road through Clapham Common and turning onto Poynders Road, walking in the direction of Tulse Hill. She was wearing a green rain jacket, navy blue trousers with a white diamond pattern and turquoise and orange trainers. Bright clothes. Just like the ones we are ‘supposed’ to wear.

Sarah’s disappearance shows that the precautions women take when walking home are still necessary, even in 2021. A 2016 study from Plan International found that 63% of women in the UK feel unsafe walking alone after dark while 33% of men do. Furthermore, 32% of women said they have been whistled at or received comments of a sexual nature while in a public space.

This shouldn’t be the case.

Hillary Clinton Is Casting Her Ballot Early in Person