Screw on Channel 4 is the latest crime drama on our agenda and not only does it have a star-studded cast but just wait until you hear about the plot.

It’s no secret that the genre has long been our favourite when it comes to TV shows. We’ve pretty much devoured every single one of the best Scandi crime dramas, not to mention all the greats on BBC iPlayer and Netflix. But now, Channel 4 and STV studios have joined the mix with the upcoming release that we’re already counting down the days for.

Created by Bafta-nominated writer Rob Williams, who wrote Killing Eve and The Victim, the new series was first announced back in 2020. It focuses on Leigh, a female prison officer who works in an all-male prison, which already tells us that there’ll be a lot to unpack.

But most exciting of all, the show’s cast is made up of stars from Derry Girls, Line Of Duty and I May Destroy You meaning we’ll be seeing some of our favourite on-screen talent all acting alongside each other. 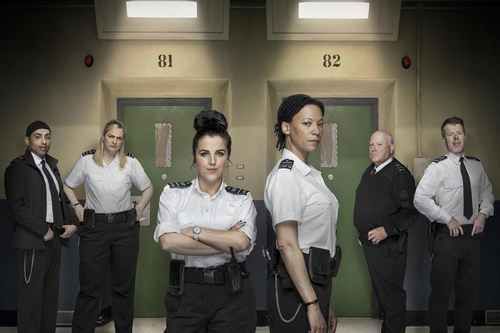 What is Screw about?

The six-part drama has been described by Channel 4 as a depiction of a prison like we’ve never seen before, showing “the uncensored, terrifying and often darkly funny reality of life as a prison officer in an all-male prison in 21st century Britain.”

Screw follows Leigh, the officer in charge of the “embattled screws,” as they’re described in the show. She has devoted most of her life to her job and feels extremely passionate about it but, as always, she’s got secrets of her own.