Gabby Petito’s death has been officially ruled as a homicide, with a medical examiner at the Teton County Coroner’s Office confirming that strangulation was the cause of death earlier this week.

The 22-year-old blogger was travelling across America this summer, on a road trip with her boyfriend Brian Laundrie, but Gabby was reported missing on September 11. A body matching Gabby’s description was then found on September 19.

In a conference held on Tuesday, October 12, a medical examiner at the Teton County Coroner’s Office confirmed Gabby Petito’s tragic death had been officially ruled as a homicide. Speaking to the press, the coroner, Brent Blue explained that he was unable to reveal full details from the autopsy. But he was allowed to confirm a few vital details. It was confirmed that Gabby’s body was outside for three or four weeks before it was discovered – meaning it’s likely that she was killed in August.

Back in September, Gabby’s body was found by search crews in a Wyoming national park. It was then later confirmed that it belonged to the missing 22 year old. A coroner then determined that the cause of her death was homicide. 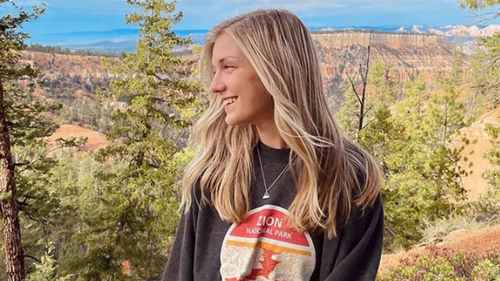 FBI Denver tweeted a statement, which included the following: “Teton County Coroner Dr Brent Blue confirmed the remains are those of Gabrielle Venora Petito, date of birth March 19, 1999. Coroner Blue’s initial determination for the manner of death is homicide. The cause of death remains pending final autopsy results,”

Over the last month, news has been trickling in about the disappearance of Gabby Petito. The case has not only gripped America, it has received international attention: from people anxious for her to be found, to those on TikTok who’ve questionably embraced the role of solving the case themselves.

In July earlier this year (2021), American blogger Gabby Petito and her fiancé Brian Laundrie embarked on a road trip together. After a month of travelling, Brian returned home to Florida without Gabby. On September 11, Gabby was officially reported missing. Brian has since been reported as a missing person. On Sunday, September 19, police announced the discovery of a body matching the description of Gabby at a national park in Wyoming.

Charles Jones, a spokesperson for the FBI, spoke to the media after the body was found, saying, “As every parent can imagine, this is an incredibly difficult time for her family. Full forensic identification has not been completed to confirm 100 per cent but her family has been notified.”

Following the announcement, Gabby’s father Joseph Petito shared a touching tribute to his daughter, tweeting, “#GABBYPETITO she touched the world,” alongside a photo of Gabby.

It is believed that Gabby and Brian embarked on their trip from New York in July earlier this year, in a converted camper van, which they documented on YouTube as ‘Our Van Life Journey’.

Details of the M&S advent calendar have finally been revealed

Golden Slams Don’t Happen Very Often in Tennis, but It Could This Year