Wait, bear with us here. This may not strike you as particularly surprising, given that BBC iPlayer is an on-demand streaming service for TV shows. But what we discovered during a recent sofa-surfing session was that there’s a whole universe of untapped entertainment gold on the streaming platform – absolutely tons of series spanning decades that slipped completely under the radar, didn’t amass the viewing figures they deserved, or that you simply may have missed first time round.

Guess what? There are a sh*tload of the best TV shows on BBC iPlayer.

Okay, this may not have been a secret to you. But when you scroll through our below pick of the best hidden gems on iPlayer, we bet there’s a lot you haven’t seen. So, bookmark this page, and when you’re next wondering what to watch on TV and there doesn’t seem to be anything new taking your fancy, you know you’ve got 20 binge-worthy series to choose from.

Need something new to watch tonight? These are the best new TV shows and movies to drop on Netflix 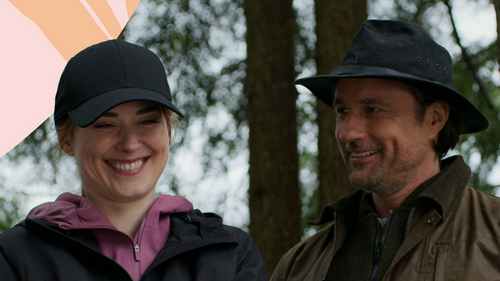 Take 2018’s Taken Down, a gripping crime drama in which the death of a young Nigerian migrant exposes the exploitation of vulnerable immigrants to Dublin police (you’ll be hooked from start to finish) or new additions like Vigil and Ridley Road, both BBC originals that received rave reviews when they dropped in Autumn 2021.  Then there are old pop culture gems like Gossip Girl, which you can now watch on iPlayer from season one to the sixth and final season after it was removed from Netflix. Plus, if you fancy giving the Gossip Girl reboot a go, that’s available on there too.  As is American drama Good Trouble, a spin-off from popular The Fosters, which you can binge over on Disney+.

If documentaries are more your thing, we can’t get enough of The Rise of the Murdoch Dynasty . It was only released in July and was a hit with critics, but perhaps the reason you may not have heard of it is because the docu-series genre has been so dominated by Netflix in recent years. Poor old BBC.

So, no more rewatching Fleabag or Killing Eve for the sixtieth time. Let’s get stuck into some secretly stellar TV shows…