We’re forever tracking down new TV shows to watch, and it genuinely doesn’t get more exciting than Vigil. It comes from the makers of the Line of Duty and Bodyguard (so you just know it’s bound to be gripping stuff), while it also stars none other than Suranne Jones a.k.a. the reason we loved Doctor Foster so much.

It’s a six-part thriller that follows the mysterious disappearance of a Scottish fisherman and a death on-board a submarine.

We won’t give any major spoilers away, but know that it winds up with the police coming into conflict with the Navy and British security services. Here’s everything else to note about Vigil.

What is Vigil about?

It’s set in Scotland as DCI Amy Silva (played by Suranne) leads an investigation into the disappearance of a Scottish fishing trawler and a death that happens on a Trident nuclear submarine, which brings the police into conflict with the Navy and British security services.

The BBC adds: “DCI Amy Silva leads an investigation on land and at sea into a conspiracy that threatens the very heart of Britain’s nuclear deterrent.” 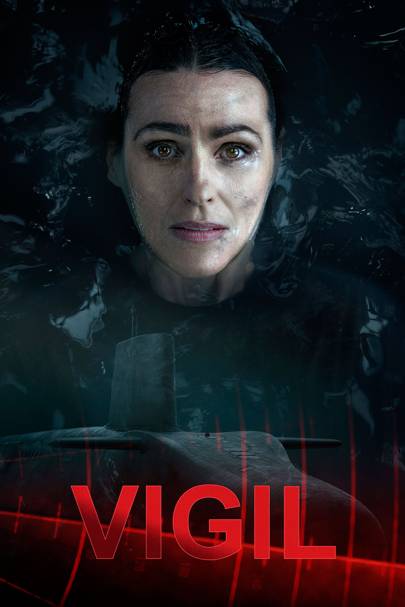 Add to that the fact that it’s written by Bafta-nominated writer Tom Edge, who also worked on The Crown, and is directed by James Strong, a Bafta winner, who worked on Broadchurch, Vanity Fair and Liar, and Isabelle Sieb, and we promise you you’ll be on the edge of your seats.

What channel is Vigil on?

Vigil is a BBC series, and will be aired on BBC One.

Who isn’t in Vigil? There’s Suranne Jones, Martin Compston (yes, the real Line of Duty Martin Compston), Game of Thrones star Rose Leslie, Endeavour’s Shaun Evans, Anjli Mohindra from Bodyguard, The Leftovers actor Paterson Joseph and Sex Education’s very own Connor Swindells. All in all, a star-studded cast who nail it every time.

When is Vigil out?

The BBC has officially confirmed that the first two episodes will air on Sunday 29 August and Monday 30 August, at 9pm respectively, so if you haven’t got any bank holiday plans, now you have. The remaining episodes will then air each week at 9pm on Sundays.

Is there a trailer for Vigil?

Yes, a full trailer was released at the end of July, on the same day that Line of Duty came to a close. Coincidence? We think not.

What have the cast of Vigil said?

Suranne Jones, who takes on the lead role, said: “Tom Edge has created a thrill of a story, set in a world I knew nothing about. The cast and crew World Productions have put together to tell this story is so exciting.

“Amy Silva is a brilliantly complex character, thrown into a highly charged situation where her authority is weakened. We watch as she navigates her own personal trauma and loss, all at a time when she’s questioning her relationships and life choices.”

Rose Leslie, meanwhile, added: “I was weaned on BBC drama and it is thrilling to be back working at a place that feels like home with Tom Edge’s complex and gripping script. It will be a real honour to work with Suranne and I am looking forward to be filming back in Scotland.”

I grew up in the Children Of God ‘sex cult’, subjected to beatings, abuse and exorcisms