Speaking of the difficulties the Coronavirus pandemic has caused while shooting the show, McGee said: “We should have been shooting series three now, but it has been pushed back and we are trying to wait until it is safe.”

“There is a lot of stuff to work out,” she added. “Our show is complicated to film in these circumstances. We want to do it as well as we possibly can, we want it to be brilliant. So, we are just trying to figure a lot of stuff out at the moment but I think we will get there.”

In what is perhaps the most exciting news we’ve heard all week: Derry Girls is getting a film adaption, according to the show’s creator.

Speaking to the Irish Mirror, writer and creator Lisa McGee shared her plans for bringing the hit show to cinemas. 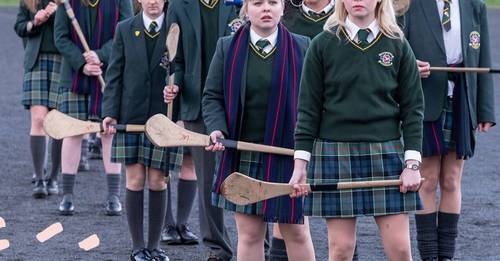 “For awhile I was kind of like, I dunno, will it work? But now an idea for a movie is starting to vaguely form in my head,” she said.

“So, after series three, I’ll think about that a bit more. I’d like to do it, and I think the girls would like to do it… So, I think that would sort of be the long term plan.”

A third season of Derry Girls was confirmed after the finale of series two aired back in April 2019, but we were all gutted to hear that the show’s third season could be its last. The rumours started circulating after Tommy Tiernan, who plays Erin’s dad Gerry, confirmed during a radio interview that the series could be its final on TV.

But if that’s to make way for the Derry Girls hitting the big screen, then we are so here for it.

Set in 1990s Northern Ireland during The Troubles, the show follows schoolgirl Erin and her friends as they navigate the highs and lows of being teenagers with hilarious consequences.

Netflix’s Is Full of Gory Crimes – Are Any of Them Real?