Ditch those Game of Thrones blues, we are already looking to the next season to get our fill of Westeros. While we know that season eight will be the last in the GoT franchise, we don’t know when it will be released, but the latest update seems like it won’t be too much longer…

Entertainment Weekly have just given an exclusive insight into how the season will begin, with the final season “opening at Winterfell with an episode that contains plenty of callbacks to the show’s pilot,” Ok, we’re listening.

“Instead of King Robert’s procession arriving, it’s Daenerys and her army. What follows is a thrilling and tense intermingling of characters – some of whom have never previously met, many who have messy histories – as they all prepare to face the inevitable invasion of the Army of the Dead.”

This could be about to get reeaallllllly good. 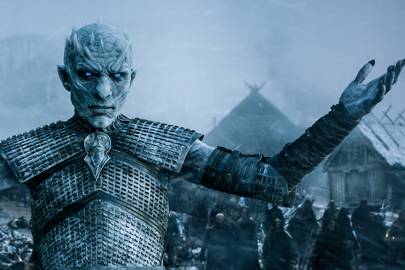 HBO recently released the first teeny tiny teaser clip of the final season. By teeny tiny, we mean it is literally a three second clip amongst HBO’s trailer for it’s 2019 releases, including True Detective and Big Little Lies.

Alongside some seriously atmospheric shots, there is a frosty reunion between Sansa and Jon Snow, a lot of fighting talk about the final GOT battle for power. However, it’s safe to say it’s going to be bigger and better than EVER before.

How will it end?

Before season seven was aired, Kit Harington told Jimmy Kimmel Live! that they filmed multiple scenarios with characters that won’t actually meet and it seems the same will be done for season eight to ensure that there will not be any spoilers.

After season seven was plagued by hackers leaking episodes early, HBO’s president of programming Casey Bloys explained during a speech at Moravian College, “I know in Game of Thrones, the ending, they’re going to shoot multiple versions so that nobody really knows what happens.”

He continued, “You have to do that on a long show. Because when you’re shooting something, people know. So, they’re going to shoot multiple versions so that there’s no real definitive answer until the end.” 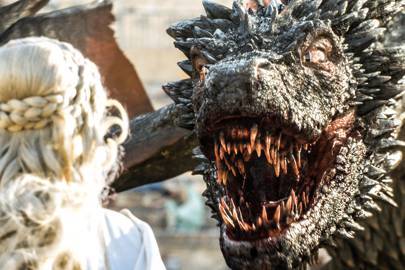 When will season 8 start?

Sophie Turner, who plays Sansa Stark, recently confirmed that season 8 won’t air until 2019. HBO president Casey Bloys had previously hinted that the shortened season eight would be delayed, telling Entertainment Weekly that producers wanted to make sure the finale is “cinematic”.

“They have to write the episodes and figure out the production schedule,” he said. “When you see these battles in season 7, and what I imagine season 8 will be, it’s a big, big show. We’ve done a lot of great shows, but this one combines the complex characters we love with a huge cinematic scope. I think this is the first show to prove that can be done – and we’re the first people to pay for it.” 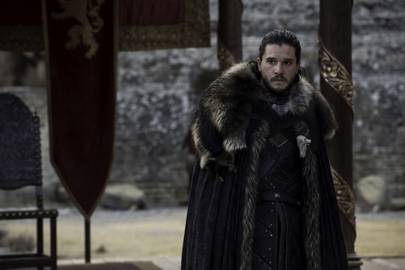 How many episodes will there be?

While there will only be six episodes in season eight, making it the shortest of all the seasons, HBO president Casey Bloys suggested that each episode may be feature-length or around 80 minutes like the finale. He said “I imagine they’ll be longer but … I’m not sure”

He continued, “We haven’t had that discussion yet because I don’t know how long the episodes are going to be. Two hours per episode seems like it would be excessive, but it’s a great show, so who knows?”

GoT fans, have no fear, there are also a whopping four prequels in the early stages of development over at HBO and we have been told that they will be recognizable to fans so many contain the houses that we’ve come to know and love.

Jane Goldman, screenplay writer of Kingsman: The Secret Service and one of the writers taking a whack at recreating the GoT magic confirmed, “Yeah, it would be recognisable as a past event, but I think that’s probably as far as I can go.”

It has also been reported that each episode with cost around a whopping $15 million (over £11 million), just a casual $5 million more than last year.

The scripts have supposedly been written and although the cast and writers have got very good at keeping tight-lipped about the story lines, HBO has been subjected to leaks. One Reddit user posted the outline of the very first episode with the second to follow, but let’s wait till Tuesday to review that, because who wants SPOILERS?

Who will be in it?

A fan site, Watchers of the Wall has announced that there will be eight new characters to take on small but essential roles in the new season. The creators over at GOT are looking for a Mercenary, a Northern farmer, a sassy and attractive girl, a Northern sentry, a sailor and guard #1 and #2.

Everyone’s favourite character Tormund was left in a sticky situation at the end of season seven but we are holding out hope that he was able to survive the wall collapsing – and that might actually turn out to be true as actor Kristofer Hivju was spotted alongside the rest of the GOT cast in Belfast.

Although Lena Headey AKA Cersei Lannister told Time, “I [assumed] oh, I’m going to die. And then, I went straight to the end. I was really in shock. I think obviously, now, there’s got to be some body count at the end of [season] 8.”

Who will finally take the Iron Throne?

Well, isn’t that the million dollar question? William Hill are actually allowing people to put bets on who they think will be the eventual ruler of the Seven Kingdoms. Unsurprisingly given the revelation that he is the rightful heir, odds on Jon Snow are 9/4, closely followed by Daenerys Targaryen at 4/1, Cersei Lannister 7/1, The Night King 8/1 and Tyrion Lannister 10/1.

The underdogs Gendry, Samwell Tarly and Sansa Stark are all set at is at 12/1, and considered the most unlikely, the odds on Gilly taking the Iron Throne is at 250/1.