What is a ‘Dad Bod’, anyway? It’s not exactly a positive term, but it’s not entirely negative, either. It’s the body of someone non-threatening who eats carbs, doesn’t go to the gym every day and who enjoys beer – i.e probably most men on the planet who don’t look like Giorgio Armani models.

The problem is, Zac doesn’t have one. He’s still in great physical shape, even with a slightly bulkier build.

It’s not tit-for-tat, but let’s begin by saying body shaming headlines like this are something women have had to read about since their early teens – and something they’ll have to continually read about until the day they die. If you’re anything like me, you will have read body shaming articles since the day you became interested in celebrity culture – or, even if you weren’t, will have had negative messaging thrown in your face subliminally across billboards, magazines, social media or via online articles.

As if 2020 couldn’t get any crazier, according to a new tabloid headline, Zac Efron now has – ‘shockingly’, apparently – a ‘Dad Bod’. Yes, you heard that right. According to some tabloids, putting on a bit of weight and growing chest hair means you now fall into the ‘dad bod’ category – even if you’re young and don’t have children. 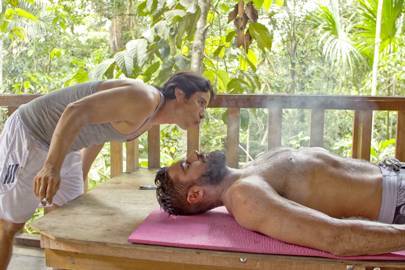 While people should be angry about these negative headlines, it’s even more unfair when you consider female celebrities are hounded for looking anything less than perfect, their cellulite plastered across magazine covers in shame. It’s no wonder women hate their bodies so much, in a society obsessed with weight and looking as youthful as possible. Men, on the other hand, seem to be applauded – their softness appearing relatable. It feels somewhat ironic that the topic about body image only becomes a problem until it affects men.

So while the Zac article was seemingly written in jest (he definitely gives off “daddy” vibes), there was, hardly surprisingly, online uproar over comparing Zac’s build to that of a middle-aged man. The idea that men need to look like Greek gods in order to be attractive is like saying all women need to look like Victoria’s Secret models to be beautiful.

Although many fans were thrilled by his new ‘manlier’ body, it also spurned comments from many anxious male fans, concerned that they were considered “obese” or “fat” for looking bigger than he does. It’s no wonder that young people have such high levels of body dysmorphia when magazines suggest that weight gain is something to be ashamed about. We take such interest in other people’s bodies that it’s really quite bizarre. 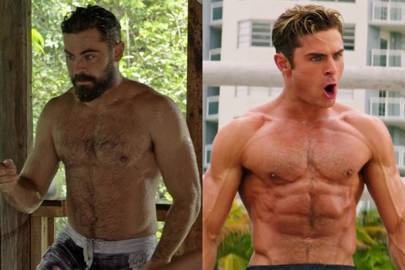 Besides, how do you describe a ‘mom bod’? Is it a squishy tummy held together by high-waisted jeans? Scruffy hair and a sweaty forehead? Baby food spilled down a T-shirt? They’re not exactly images of desire – unlike dad bods, which, according to media standards, arouse images of comfort, safety and manliness. We’ve objectified – fetishised, even – soft and round dad bods, when caesarean marks, stretch marks and all the other bodily changes you gain as a mother are frowned upon.

People forget that often, in the pursuit of happiness or perfection, people use their bodies as a means of hiding behind other deep-rooted issues. Zac himself said that he fought alcoholism – an addiction he went to rehab for – with extreme working out, carefully monitoring the amount of water he drank to look more or less lean. It’s not an image that spews memories of happiness for him.

We also forget this key fact: Zac doesn’t want to look like that anymore. While outsiders associate his ripped, hairless abs with light-hearted entertainment like Baywatch and High School Musical, he’s openly said he was miserable trying to look like that all the time.

Yet it truly seems to absolutely baffle people that you can actually be happy when you don’t look thin or ‘ripped’. Let’s not forget that being thinner, or having protruding abs, doesn’t make you necessarily healthier. Like anything, too much or too little of it can be detrimental.

Headlines like these are as damaging for women as they are for men. We need to put a stop on associating thinness with happiness and success. Whether you lose or gain 50lbs, you will NEVER be happy if you’re not content within yourself first… and isn’t a bit of extra weight worth being happier for?