They were selected after Rihanna announced a casting call for fans and models who embodied the brand’s summer theme in photos shot by themselves at home.

All four models debuted their photos to Vogue US, and praised Savage x Fenty’s commitment to diversity, inclusivity and body positivity. “They have made space for plus-size women and women of color to be sexy and fierce and that is how I see myself,” Brenda Senyana said, adding that she wants to use this campaign to help fans “feel liberated to live confidently in their bodies.”

So we may not be jetting off somewhere far-flung and exotic for our summer holiday this year, and the closest we’ll probably get to a beach is Broadstairs on a weekend staycation. But even though we can’t physically be in Bali or Tulum, Rihanna is here to transport us there with a scroll through her latest collection.

The latest Savage x Fenty campaign, alongside the inclusive and affordable lingerie line’s group of ambassadors and fans, is named Cabo Crush and the tropical aesthetic was created in partnership with artist, photographer, and filmmaker Rafael Perez (you probably know him as @rafatoon on Instagram).

As well as Riri herself, the striking summer visuals also include Fenty ambassadors – from musician Symphani Soto to model Jordan Emanuel – as well as the recently announced winners of the brand’s Savage x Summer contest. 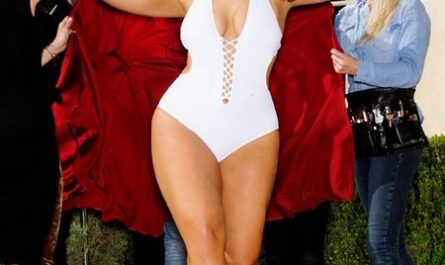 15 most stylish maternity garms worth buying on sale