As a Black Jewish woman, the antisemitic undertones of the tweet made me feel as though I was torn between two communities, and that the two sides of my identity were being pitted against each other.

Being part of two marginalised groups is difficult enough on a daily basis as it is, let alone when racism or antisemitism comes from within one of my communities.

Not only was the tweet upsetting to me as a Black Jew, but it was also dangerous because it would have two major consequences: to stoke division between Black people and Jewish people who found the tweet harmful; and derail a very important message about Palestinian liberation as Israel plans to annex the West Bank. But what made it so damaging?

In the aftermath of George Floyd’s death, anti-racism protests have rippled across the world. ‘Black Lives Matter’ has become a rallying cry for the rights and equality of Black people – and many people around the world sat up and took notice for the first time this summer. 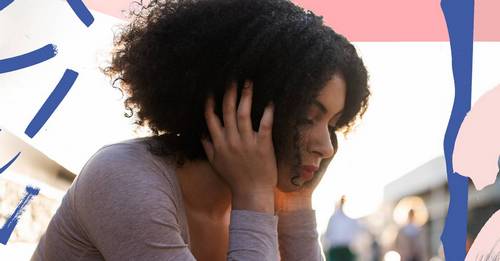 ‘As Israel moves forward with the annexation of the West Bank, and mainstream British politics is gagged of the right to critique Zionism, and Israel’s settler colonial pursuits, we loudly and clearly stand beside our Palestinian comrades.

As Israel moves forward with the annexation of the West Bank, and mainstream British politics is gagged of the right to critique Zionism, and Israel’s settler colonial pursuits, we loudly and clearly stand beside our Palestinian comrades.

I’d just like to start by saying: it is not antisemitic to criticise the actions of the Israeli government; the Israeli government is planning to annex the West Bank, which will be a gross violation of Palestinian human rights and international law. Black Lives Matter critiquing this isn’t the issue, and many Jews and Israelis are against it as well.

And, while Zionism means the development and protection of a Jewish nation in what is now Israel, it can be critiqued when extremist politicians like Benjamin Netanyahu manipulate it for political ends – or if you oppose the concept of ethno-nationalist states in general, and do not single out the only Jewish state in your critique; however, this can sometimes become a sensitive issue when put in the context of Jewish persecution over millennia, and must be navigated carefully. So, it was not the expression of solidarity with Palestinians, or even the critique of Zionism, that was the issue.

The part of the tweet that was problematic was the language surrounding ‘gagged’.

A long-standing, well-known antisemitic conspiracy theory is “Jews control the world” – and contemporary antisemites often exchange the word ‘Jews’ with ‘Israel’ to hide their bigotry; a prime example is the ‘Israel did 9/11’ conspiracy theory, or the idea that ‘Zionists control the world’. Therefore, when BLM UK said “British politics is gagged of the right to critique Zionism” it immediately set off alarm bells in my head; ‘gagged’ by whom?

If someone is being ‘gagged’ there must be an omnipotent ‘gagger’. Then, when you ask that question, it begins to become clear that the language of the tweet has a sinister angle to it – it was playing into the old trope that Jews control the media and global politics. Not only that, but it was a bizarre choice of words in the British political context right now – given all major political parties have condemned the looming annexation, and Shadow Foreign Secretary Lisa Nandy (who is also the Chair of Labour Friends of Palestine) has called for sanctions on Israel should they move forward with annexation.

And this is why the wording of the tweet became an issue. The poor choice of language slipped into an antisemitic trope – perhaps without BLM UK even realising; modern antisemitism can be very insidious – as the issues in the Labour Party under Jeremy Corbyn demonstrated.

And the tweet had real consequences: I, and other Black Jews, were subjected to an onslaught of abuse online – with some calling me a “white supremacist zionist wh*re” for highlighting the problematic language of that tweet.

It was particularly painful for Jews in my position because it felt like our identities were suddenly incompatible – making us feel as though we can be Jewish or Black, but not both. As I anticipated, the tweet became a fertile environment for division and a battleground for racists – for those who are anti-Palestinian, for those who that were antisemitic, for those that were anti-Black, and for those who were all of these things.

A lot of Jewish people who support the Black community began to feel deeply uncomfortable with aligning themselves with Black Lives Matter. Political opponents to Black Lives Matter manipulated the situation to suggest BLM was an antisemitic endeavour, and far-left antisemites began to suggest Jews were making their concern up about the tweet and that it was because they didn’t care about Palestinians.

The row continued – meanwhile, neither Black people, Jews, or Palestinians gained anything from the situation; the only people that benefited were racists.

And that is why the use of language was so disappointing in the tweet – because it triggered a sequence of behaviour that was so easy to avoid but so difficult to remedy. It also demonstrated how imperative it is for left-wing movements to educate themselves on how to speak about Israel without being antisemitic, and how to recognise modern antisemitism.

The post lockdown party is here…so why aren’t we happy about it?