It’s no secret that in winter the skin dries. Not only on the face – the whole body asks to drink. And the least amount of moisture gets to those parts of it that are located farthest from our eyes – feet feet.

The skin of the feet in winter requires careful care – the constant wearing of pantyhose, closed shoes with fur affects it even worse than walking in summer in sandals. One foot cream is not enough here, we need cardinal measures. The correspondent of SE moisturized the skin of the legs with paraffin therapy and felt that she quit playing and became silk.

Most often paraffin therapy is used to care for hands, but it needs no less legs and acts on them even more favorably. On the average in the city, the session costs 180-250 rubles, the salon “Image” on Narymskaya was interested in the fact that chocolate paraffin is used here – cocoa butter has almost magically strong softening and nutritional effect.

At the dawn of the use of paraffin in cosmetology, it was used as a warming aid before the massage and as compresses for dislocations and injuries. He proved himself worthy: first, he melted very easily and kept warm for a long time; secondly, with applications, the skin temperature rose by 1.5-2 degrees, and amazing things began to happen with her – the intercellular spaces were enlarged, the upper stratum corneum was softened , the pores were opened, sweating increased, but the moisture did not evaporate from the surface, because the paraffin isolated the skin from the air well. 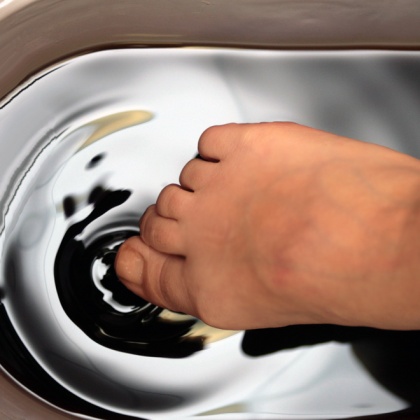 From the auxiliary means, paraffin was transferred to the rank of independent ones, having found out that during the paraffin therapy the moisture absorbed back, perfectly restoring its water balance, so the main advantage of the procedure is super moistening of the skin. In addition, paraffin during cooling “cringes, compresses the skin and smoothes. That is, it provides a lot of cosmetology services.

Parafinoterapiyu feet well done in the end of pedicure. But it is possible and a separate procedure – it is quite self-sufficient.

The first stage is the preparation of the feet. The feet are treated with an antiseptic solution, then using a spray on the skin and nails, a tonic specially created for this case is applied. The composition of the product includes glycerol – an ancient, well-known and really softening (despite the skepticism of contemporaries) substance and extracts of chamomile and calendula. The product is designed to properly moisturize and nourish the skin and undertakes to do this with the help of hot paraffin. 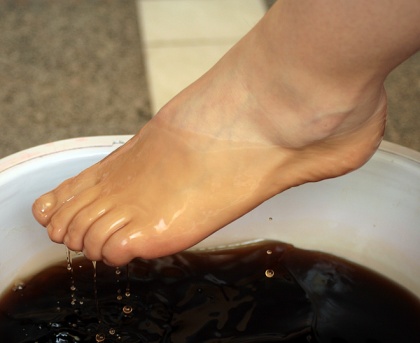 The application of the main object is the next stage of the procedure. In the bath emanates a viscous dark brown (because we used chocolate paraffin) mass. First you need to try it with one finger – is it hot? Then for a second dip the foot on the ankle, again, again and again – only 5-6 dives. Each time from the bath appears more and more like a mummy or on the characters of Madame Tussaud’s foot.

After the sixth time, the master instantly catches his foot and packs it in a plastic bag, on which warm terry boots are put on. Now you need to sit for 15 minutes, feeling blissful warmth. It is important not to over-rest the paraffin on the skin, otherwise the opposite effect will occur – the pores will begin to close and the skin become dehydrated. So the master strictly watched the time and removed the bags from my feet exactly by the hour,

Pirozovevshie little heels almost did not smile at me, I stroked them – to the touch they were smooth, like a fresh apple. The drawbacks that did not suit me in my feet were the unevenness of the skin on my heels, which could not be removed with pumice stone, brushes, cream, parchment dryness of the skin on the feet, rough patches on the little fingers – all were eliminated. Indeed, the result of paraffinotherapy is noticeable after the first procedure.

But, unfortunately, it passes quickly enough – the effect lasts no more than 3-5 days. If there are no special problems, paraffin therapy can be done once a week as a supportive procedure, if the skin is very dry, there are cracks, peeling, the appearance of the feet is not well maintained, then a massive paraffin attack is recommended every other day, and after 8-10 times the legs can be exposed to black velvet as a work of art.

The procedure for paraffinotherapy in the salon “Image” costs 210 rubles. But there is one secret: it can be done at home by buying a paraffin wax in a professional cosmetics store, heating it in a microwave oven in a plastic container for 10 minutes and then proceeding according to the plan. You can also buy a tonic for paraffin therapy or do it, after applying a lot of emollient cream.
Skin care with paraffin practically has no contraindications, except that fungal diseases, diabetes mellitus and strong varicose veins. The indications are the same – starting with cracks on the heels and ending with the desire to make yourself enjoyable, because the whole procedure is a complete pleasure. And dive into hot wax, and sit, feeling the warmth of your feet, and enjoying the smoothness of the skin is very healthy, especially in winter and certainly in the cold. 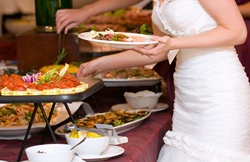