The singer announced a surprise documentary, folklore: the long pond studio sessions, on Tuesday all about the No1 album she recorded while in quarantine.
Taylor Swift is about to take us on her lockdown journey (which promises more laughter and tears than our own).

Sharing a two-minute trailer for the documentary on Twitter, Swifty told fans: “Well it’s 11/24 and 24-11=13 so I’ve got an announcement.

“You haven’t seen this film before. folklore: the long pond studio sessions will be out tonight.” 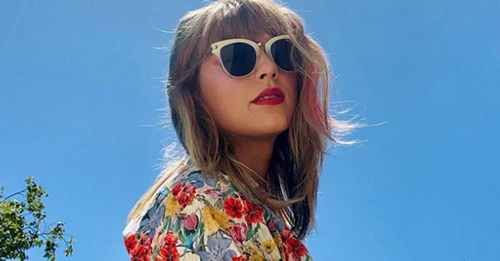 Earlier this year, Taylor told us that isolation allowed her imagination to run wild and that her eighth album was the result.

It’s a collection made with “love, wonder, and whimsy,” she said, and now she’s telling us the stories behind each one.

The docu trailer shows Jack Antonoff and The National’s Aaron Dessner coming together in the same room in upstate New York in September 2020 after recording folklore thousands of miles apart from each other.

In a stripped back feature film, directed by Taylor and filmed using static cameras but no crew, the singer reveals the secrets of all 17 songs, as well as performing them from a little cabin in the middle of Long Pond State Forest.

It’s believed to be an 18th-century farmhouse converted into a recording studio by guitarist Aaron Dessner, a co-producer on folklore. It’s the same Hudson valley oasis where The National recorded their album Sleep Well Beast in 2017.

Taylor dropped the surprise album with less than 24 hours’ notice back in July and truly saved the summer of 2020.

Getting introspective about the music, in the documentary Taylor says: “This album allows you to feel your feelings. It turns out that everybody needed a good cry as well as us.”

FACT. While we were crying into our empty Friday nights in lockdown, Taylor was busy producing the masterpiece of the year, which swiftly became the first album of 2020 to sell a million copies in the US.

The year before, Lover was the only album to sell a million in the US.

Her surprise documentary also follows the success of her Netflix film, Miss Americana, which arrived on the streaming service this January.