The Prince is written by royal parodist Gary Janetti, who has previously worked on Family Guy and executively produced Will and Grace. But it’s Janetti’s Instagram page that has gained huge international attention lately, mainly for his satirical characterisation of Prince George which has earned him almost 950k followers.

Because who doesn’t love a Prince George meme?

Already completed all of The Crown season four? Counting down the days until the fifth and final season drops? We don’t blame you. We’re currently hooked on royal shows, which is why we were very excited to hear about a new TV series coming out about Prince George – albeit in a slightly different vein to The Crown…

The animated comedy has been written for HBO Max. The official synopsis reads: “Before George rules Britannia, he’ll be laying down his own laws in Janetti’s comedic take on the future King of England’s childhood as seen from the prince’s own point of view. Because his succession isn’t coming any time soon, in each episode George will find his path in life as a young prince in modern times – from the 775 rooms of Buckingham Palace to his family’s sea of corgis to primary school with commoners.

“The Prince also features notable characters in George’s life such as his parents the Duke and Duchess of Cambridge, his fourth-in-line-for-the-throne little sister Charlotte, his modern Aunt Meghan and Uncle Harry, his great-granddad Philip, and-who can forget-his Gan Gan Elizabeth.” 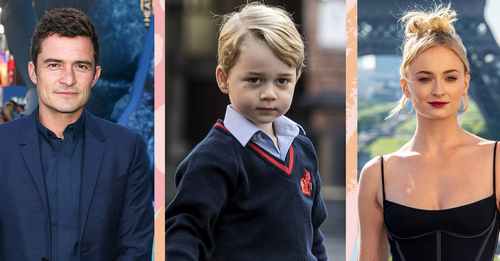 The Prince doesn’t have an official release date or trailer yet, but we’ll keep you posted.

Younger Season 7 Is “Unofficially” the Last, but a Spinoff Is Still in the Works