Tabloid headlines ensued and social media went into a frenzy over one touch of a stomach. No one confirmed it from Team Teigen, either.

However, headlines like this do not factor in or take into account the fact that Chrissy has had fertility problems before, conceiving both of her children through IVF and talk such as that, without official confirmation, can be deeply hurtful to anyone who has had problems conceiving.

For example, Halsey had to publicly announce she was gluten intolerant when her boyfriend was seen to cradle her stomach to help comfort her during the pain of a flare-up. What was immediately assumed was that she pregnant without any respect for anything else that the singer may have been going through. Let’s not even count the amount of times Kate Middleton has been labelled as ‘pregnant’ for simply having a small bump in the stomach.

Chrissy Teigen is always one to take matters into her own hands and announcing her, “third pregnancy” was no different.

Yesterday social media was awash with the news that Chrissy was “pregnant” with her “third child.” The evidence? In John Legend’s latest music video for Wild (can we just add, we are actually WILD about the song), which was released yesterday, John and Chrissy walk along a stunning beach with their two children, Luna and Miles, and Mumma Teigen is seen to place her hand on her stomach. That was it. A woman in 2020 places her hand on her stomach and immediately the thoughts are, SHE IS PREGNANT, and there can be no other explanation aside from that.

Jennifer Aniston has equally had to content with her fair share of pregnancy rumours. After a trip to Bahamas with her husband, Justin Theroux, her representative had to announce her rounder tummy, which was widely circulated in gossip rags, was simply down to a meal.

And who hasn’t had a rounder stomacher after going IN at Nando’s, for instance? In the ultimate clap back, the former Friends star’s team said, “what you see is her having just enjoyed a delicious big lunch and her feeling safe on private property.” Later Jennifer wrote an open letter saying, “For the record I am not pregnant. What I am is fed up.” Jennifer, for all anyone knows, may have had problems conceiving or simply never wanted to have a baby naturally, and that is her body business, not ours.

The media certainly isn’t fed up with dissecting women’s bodies without a second thought, however. There is never any consideration over whether a woman may be battling problems with conceiving, either. The fixation over women’s wombs in the public eye is still astounding.

So, god love our Queen Chrissy for taking matters into her own hands. After all, Chrissy always talks about her body on her terms, because it’s HER BODY. Take how she showed off her post pregnancy stretch marks or talked about her boob job, despite facing huge public scrutiny, when she was good and ready.

Was there a public statement to announce her, “third pregnancy?” No. Instead, in a coy Chrissy manner, she simply posted a short Instagram Stories video saying, “Look at this third baby shit. Oh my god,” whilst rubbing her stomach wearing a black lycra one piece and a jacket. It was an inspired move that expertly claps back at the ongoing and constant speculation over women’s bodies. It’s Chrissy’s body and she can announce her pregnancy on her terms when she is good and ready.

This is such exciting news, of course, but let’s just remember: until a mother in the public eye or closer to home confirms to you they are pregnant, it’s not your business or right to speculate as you never know what is actually going on personally.

Chrissy, we salute you. All hail the Queen who always talks about her body on her terms.

Meghan Markle and Prince Harry have signed a deal with Netflix

Emilia Clarke: ‘On Game of Thrones, I’ve Always Been Paid the Same Amount as My Male Co-Stars’ 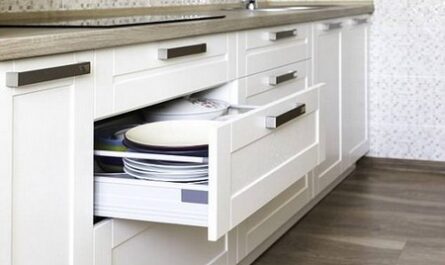