I was never in a rush to be a mom. I always knew it would happen eventually, but I didn’t feel the need to make it a priority until later in my life. But, as life goes, things happen when they happen, and I got pregnant when I was 24.

I quickly went from attending boozy weekend brunches with my friends to planning for the biggest shift in my life. I also had another huge thing to think about with my now-husband: should I keep pursuing my career or be a stay-at-home mom?

My career in journalism certainly couldn’t generate the income I needed to cover childcare, but where would that leave me emotionally and mentally? I worked so hard to land that local TV news reporting gig, and had plans of moving up into a top 25 market in the following years. The thought of totally giving up my free rein or control in contributing financially to a household scared me.

Society had me believing I needed to be at work, breaking glass ceilings and furthering women’s rights in the workplace. 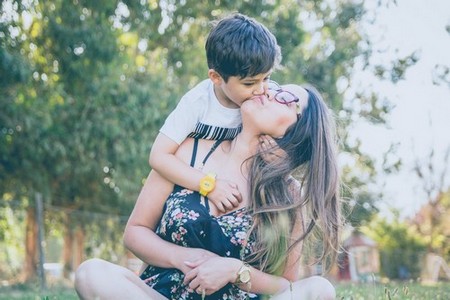 But, two weeks later, I quit my job. Regret soon hit me like a good, old-fashioned punch to the stomach, and after my son was born, guilt followed. It implanted itself somewhere between childbirth and breastfeeding, and made me feel like I wasn’t doing enough in my new role as a mom. Society had me believing I needed to be at work, breaking glass ceilings and furthering women’s rights in the workplace. And in some cosmic way, I felt like I was letting down an entire generation of women who made it possible to dream big.

It didn’t help that my entire identity had changed. I went from a working professional to an amateur mom throwing pity parties for myself at the kitchen table. I had to let go of the burning ambition I once held onto so tightly because I didn’t feel as though I could hold that and a crying baby at the same time. But I think most mothers wrestle with similar fears at some point. Many working moms worry if they’re depriving their kids of valuable mommy-time.

They feel guilty dropping them off at daycare and wonder if their kids will resent them one day. And many stay-at-home mothers, like me, worry if we’re failing at our job. We wonder if our college degree was a waste of time and money, and we compare ourselves to other women in the work force. It was a constant internal battle. I was a ping-pong ball being hit between two paddles, and a part of me always clashed with what the other part was doing.

I felt like I needed to do more. I should be able to feed the baby, play with him, deal with countless diaper blowouts, feed the baby again, finish the laundry, clean the house, and bake Pinterest-inspired homemade cookies from scratch for the weekly playdates. IT. WAS. EXHAUSTING. And it was nerve-racking trying to fit into this idea of what a stay-at-home mom should be.

It was in those moments when the regret of abandoning my career crept up on me. I missed the hustle to get the perfect interview, the time-crunch deadlines, the bright lights in the studio, the butterflies in my stomach seconds before I went on live TV, and that accomplished feeling after a long work day. I missed even the simplest of things, like drinking my morning coffee without interruption, and the daily social interaction with other adults.

I’ve learned that whether we choose to work from an office building or the four walls of our home, we’re all on the same journey.

It wasn’t until my son was almost 2 years old when I began to fully accept my life as a stay-at-home parent. Was I earning an income like my husband? No. Was I contributing to my household? Yes. I was running the household. I was the boss. I was getting my tasks done, doing what life asked of me, and raising my family. And you know what? I never took a day off.

I’m at the tail end of my 20s now with two boys, and I’ve learned that whether we choose to work from an office building or the four walls of our home, we’re all on the same journey. We’re all taking calls, whether that’s in a board room or in the middle of the night because someone wants a glass of water. We’re all scrambling around the kitchen making lunch, whether that’s meal-prepping office lunches or packing toddler snacks for daycare. We’re all running around the house trying to find shoes, whether they’re heels for a meeting or sneakers for the park. We’re all mothers, and we’re all the most important people in our kids’ lives.

There are still times when I wonder where I’d be today if I had chosen to keep my career. But as life goes, things happen when they happen. Life doesn’t fit into any one plan, and sometimes you need to trust the timing. I used to regret being a stay-at-home mom, but motherhood is a choice you make every day, whether you’re at an office desk or the kitchen table. It’s messy, demanding, and selfless. We are raising the next generation, and there’s no harder (or more rewarding) job than that. 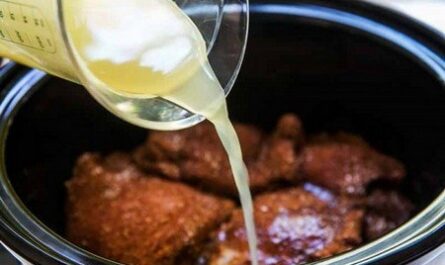