In March 2004, Architectural Digest published a seven-page story on the then brand-new Four Seasons Costa Rica, a luxe resort tucked amid the dry tropical forest of Peninsula Papagayo, overlooking the Pacific Ocean.

“I didn’t want to compete with nature,” the resort’s architect, Ronald Zürcher, told AD at the time. “If you’re over there, looking this way, you don’t see our hotel at all – it’s camouflaged.”

A sculptural cluster of buildings, the resort took its cues from natural forms, with round structures inspired by the area’s abundant turtles and arched rooflines that mimicked the backs of armadillos.

The shade of brown paint chosen for exterior walls, meanwhile, was based on a sample of local dirt, which Zürcher sent off to a lab to be matched. “I didn’t want this project to look like one in Bali, Japan, or Mexico,” he said. “So I studied very deeply to see what being Costa Rican means.” 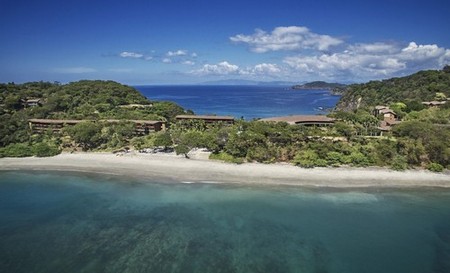 One of the property’s ocean-view pools.

Fast-forward 14 years. The resort still exudes that beaming pride of place, as I discovered on a recent visit, bouncing from pool to pool and beach to beach. (The resort has two – one bayside, one ocean.) After weathering the financial crisis of 2008, the hotel and the surrounding peninsula were snatched up by new owners, who have proceeded to update this sliver of paradise bit by bit.

Four years ago, the Four Seasons welcomed a new neighbor – the Andaz Peninsula Papagayo hotel, also by Zürcher. This past December, meanwhile, the Four Seasons itself unveiled a $35 million renovation courtesy of New York’s Meyer Davis Studio, which updated the interiors with a lighter color palette, new furnishings, and an array of artisanal touches. And the Andaz debuted a new beach club.

The entrance to the property.

And more change is on the way yet. Zürcher will soon add a freestanding yoga pavilion to the grounds of the Four Seasons. And he has designed 21 new modernist villas as part of the resort’s residences program. For these homes, yet again, he found inspiration in Costa Rica’s natural beauty, conceiving swooping timber roofs and ample indoor-outdoor connections.

The showstopper (a five-bedroom, 6,867-square-foot villa) is on the market for $10.7 million. The peninsula’s new owners, meanwhile, will soon create a sanctuary for the area’s dwindling Macau population, helping to maintain the region’s unique biodiversity.

A rendering of the new five-bedroom villa.

Natural beauty, total relaxation – Papagayo has all in spades. It’s hard to pinpoint the precise moment my stress level dropped while visiting. Perhaps it was during sunrise yoga, pelicans flying overhead, when I rolled my shoulders back and found that they didn’t spring back to their typically tense shrug.

Or maybe it was after our toes-in-the-sand dinner at the peninsula’s Prieta Beach Club, where I was coaxed into joining a fireside drum circle, handed an instrument, and instructed to keep the rhythm – a job for which I soon convinced myself I was uniquely qualified. (Clearly the shots of Chiliguaro, a kind of Costa Rican Bloody Mary, boosted my confidence.)

I had certainly chilled out by my last morning, when a traveling companion and I paddle-boarded out into the bay and discovered a humpback whale breaking the water’s surface in the not-too-distant horizon. My friend immediately set off in pursuit of the sea mammal for a closer look, whereas I turned back to shore. Sadly, I had a flight to catch. fourseasons.com 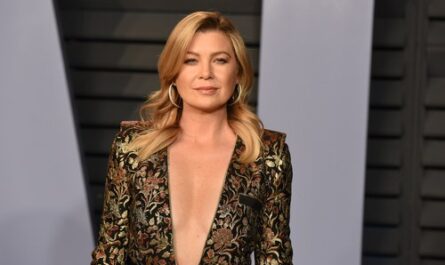 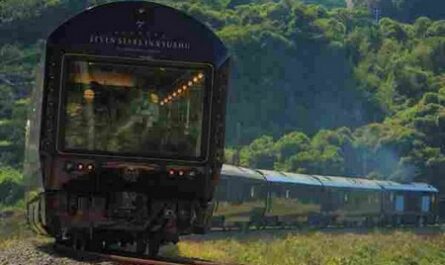 Inside the World’s Most Luxurious Train