The design world saw its own modern-day version of this phenomenon in 2005, when the Rubelli Group, purveyors of Italy’s finest textiles, purchased a majority stake in Donghia, the legendary American brand founded by designer Angelo in the 1970s. Since then, the company has expanded to offer furniture, textiles, wall coverings, lighting, and more across a slew of showrooms in the U.S.

In ancient times, noble families would consolidate power across regions through marriage, uniting noteworthy names to expand an empire.

Like any important family, a heritage brand must grow and adapt to change, and in 2017, Donghia replaced then-CEO Andrea Rubelli with Jonathan Witmer, a veteran of WWRD and Bausch Lomb (Rubelli continued to serve as chairman). Last week, the tides shifted again, and the company announced that Rubelli (a fifth-generation executive at his family’s company) would re-take the reins at Donghia.

There’s no doubt the world of trade-only furniture and decor is changing (as are the design and retail industries as a whole), and Rubelli is confident that his first stint as CEO allows him to come in more prepared to handle those changes. A few days after the announcement, AD PRO caught up with him to hear about his plans for the future.

AD PRO: So this is a return for you to the CEO position. What’s different this time around?

Andrea Rubelli: When I first came to the position about seven years ago, I didn’t have as much experience in the States, so it was a learning curve. Our industry has changed dramatically over these years: First with the recession and postrecession, then with digital, our distribution has changed. The first time I was unprepared for that. Now I feel like I’m fully prepared, and so is the company. Jonathan has made some very important changes in the past few years. We really felt that we needed change, which is why we hired somebody from outside the industry. He brought in some fresh air and a lot of focus and attention on talent and people: Fewer, better people was how he defined it, and he did implement that. He also was very adamant about assigning responsibility and accountability, making our executive leadership team more independent, responsible, and self-sufficient. He brought in a culture of management that we didn’t really have before, so that’s something that is an opportunity because Donghia today has a better and stronger reputation. This is definitely something I’d like to continue and enhance.

AD PRO: And what will you do differently?

Rubelli: Jonathan was really focused on the commercial side, and I think now my role is to take that to the next step, to combine changes on the front end with all the changes we’ve been cultivating on the inside of the company, especially on the design side. Two and a half years ago, I hired David Toback as our textile director of design. He’s definitely an established talent, and I was excited about how he saw the future of Donghia. Now, two years later, that those first collections were loved in the market, I can say, ‘Yay!’ I think it’s exciting what Donghia textiles has to say and is saying about textiles.

AD PRO: So you’re quite involved in creative direction, which isn’t always normal for a CEO. Will this continue?

Rubelli: Yes. I’ve never left that. We hired a CEO from a different industry who was never involved in the creation, so while he was working and I was chairman, I was working closely with David. I’ve always been in product meetings and strategy meetings. I love working in depth with the design team.

AD PRO: What are the biggest challenges you’re facing?

Rubelli: We are fully aware of the challenges of the market. The biggest is that what Donghia loves to do is decorative textiles, but the market says, ‘Neutrals!’ So we have to be aware of the requirement for performance and to evolve to what the market wants, but we’re excited about the direction that Donghia is going.

AD PRO: What role does new technology play in the changes at the company?

Rubelli: Well, for example, I’m very proud of what’s happening on the furniture side. Gabriele Rosina is in charge of our furniture, and he’s doing a great job. I brought him to the States, actually, as an intern, about four or five years ago. I met him at Salone, and he wanted to intern at Rubelli as an industrial designer. I said, “At Rubelli we don’t need one, but if you’ll come to the States for the month, you can work at Donghia.” It turned out he was an expert in 3-D rendering and printing. So within two weeks, he convinced us to buy a 3-D printer, and that has completely revolutionized the way we develop product. It saves us one in three prototypes on average; it makes the process much more efficient, and that new technology has become a core part of our brand. He definitely deserved the job! Plus, it’s good sometimes to grow talent in-house, and that’s something I’m proud of.

AD PRO: In what other ways are you adapting this heritage company for a new era?

Rubelli: Part of Donghia’s strategy now in furniture is to clean the look, make it a little simpler – not too simple, of course – but a little less sophisticated and more appealing to a wider audience, a little easier to understand. Clean the finishes, make the materials more tactile, and of course always achieve the highest level of comfort – that’s always been a part of Donghia, and it’s something that won’t change. In Milan this year we had tremendous feedback, so that shows that we’re going in the right direction.

AD PRO: You and Gabriele are both Italian, Angelo Donghia was Italian-American, and Rubelli is an Italian company. How do the Italian and the American sensibilities play together at Donghia?

Rubelli: It’s very interesting that you ask because had you asked me that five years ago, I would have said, “I would never hire an Italian designer to design Donghia – it’s American.” But Gabriele’s only experience is in the U.S., in New York, and Donghia does speak for New York. Donghia is Manhattan. Gabriele learned that language very quickly. And if you walk down Madison Avenue, you see all these Italian companies, so maybe having the Italian in New York isn’t a bad thing! But anyway, our roots are in New York.

AD PRO: Definitely. That said, the industry (like most in the internet age) has become more global. Do you see that changing things?

Rubelli: Yes, absolutely. But it’s not just the design that makes a difference between Italian and American products; it’s also the construction. We have the Rubelli Casa collection, which is designed and constructed in Italy. It’s made the opposite way of American products: You have an inner frame that is relatively simple, and then you have all these foams to create the shape and quite simple upholstery. The comfort is provided primarily in the foam. In the U.S., the frame is really the skeleton of the piece and the foam is just a thin layer. We don’t have as much variability of form in the U.S., so it’s the frame and the springs that must provide the comfort. And on top of that you have very sophisticated upholstery.

AD PRO: What do you think are the biggest challenges facing a trade-only company going forward?

Rubelli: With furniture, the distribution channel has changed over the years. On the textile side, there’s the challenge of decorative fabric, which less people are using today. Then there’s the problem that all the design centers are experiencing: Decreasing foot traffic. That’s a longer-term problem. So we have to change our showroom strategy. We need to be visiting clients on the road, focusing on customer service, and investing much more in the digital strategy – which we’re doing. Years ago, as long as you had a good showroom, you’d be successful. Now there’s much more to it. 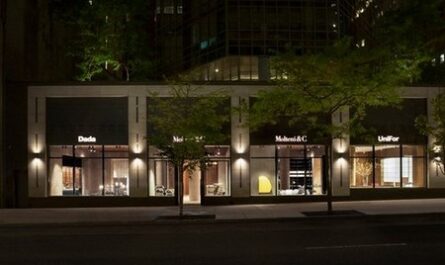 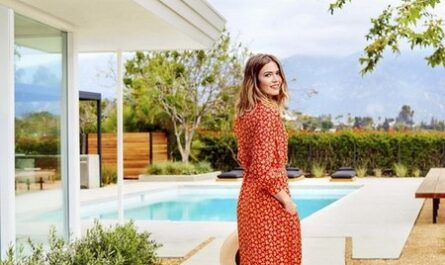