Some were just 12 or younger and four years below the legal age of consent of 16, but because of patient confidentiality laws, doctors and nurses are not allowed to tell their parents.

More than 10,500 underage girls have been given contraceptive implants on the NHS in the past two years.

The devices are implanted in the upper arm and produce a steady flow of the hormone progesterone, which prevents the release of an egg. They work for up to three years and – according to health officials – play a ‘crucial role’ in reducing the UK’s high teenage pregnancy rate.

The devices are implanted in the upper arm and produce a steady flow of the hormone progesterone, which prevents the release of an egg

But critics say the NHS is giving girls a ‘licence’ to have illegal, underage sex without their parents’ knowledge. 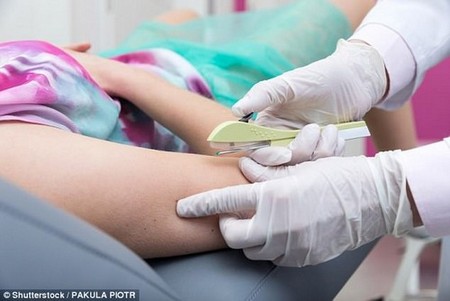 The procedure can be carried out by a specially trained nurse and does not have to be signed off by a doctor. In some areas of the country the devices are being fitted in schools.

The devices are being heavily promoted by health trusts who are under pressure to reduce their high teenage pregnancy rate. But they can lead to unpleasant side effects including mood swings, constant menstrual bleeding, headaches and weight gain. In rare cases, the devices have travelled through to blood vessels and ended up in lungs or major veins.

Sir Roger Gale, Tory MP for North Thanet in Kent, where the implants are offered in schools, said: ‘My fundamental objection is that this is being done through schools without parental consent. We have to remember that the child is having underage sex and that is against the law. I believe very strongly that there is a thing called parental responsibility and parents have a right and a duty to know what is being done to and for their children.

‘It’s a very dangerous area indeed. It’s a bit like a doctor saying I know your child is taking drugs but I’m not going to tell you so you can’t do anything about it.

‘When you start dishing them out like Smarties in schools – I think that is a very bad idea.’

Mark Bhagwandin, of the anti-abortion charity Life, said: ‘This persistent undermining of parental responsibility needs to stop. It is time that those who are pushing greater contraceptive use to minors are reminded that under-16 sexual activity is still illegal.’ Norman Wells, director of the Family Education Trust, said the figures were ‘deeply troubling’, adding: ‘The NHS’s short-sighted policy in this area is giving girls a licence to engage in illegal sexual activity.

‘The Government needs to wake up to the fact that a casual attitude towards underage sex is exposing children and young people to the risk of sexual exploitation.’

But Natika Halil, chief executive of the Family Planning Association charity, said: ‘It’s vital that young people, including under 16s, can access free and confidential information and advice about contraception and sexual health. Taking away access to contraception won’t prevent young people from having sex, it simply makes it harder for them to make the responsible choice to protect their health.’

The UK has one of the highest teenage pregnancy rates in Western Europe. Figures last August showed that 5.4 per cent of all births were to mothers aged 19 or under compared to 1.3 per cent in the Netherlands and 1.4 per cent in Denmark.

Health trusts and councils are under pressure to bring down their rates by promoting so-called ‘long-acting’ forms of contraception.

Kingston Council in south-west London is running a ‘get it, forget it’ campaign which urges girls to have implants fitted. 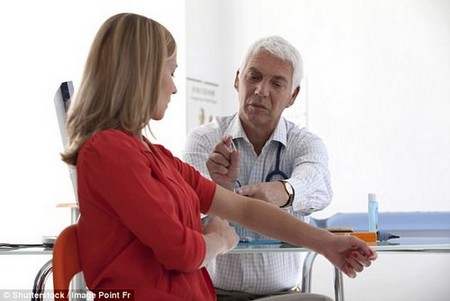 Kingston Council in south-west London is running a ‘get it, forget it’ campaign which urges girls to have implants fitted

A section on the council’s website reads: ‘Once the implant is in place, you don’t have to think about contraception each day or each time you have sex.’

The implants cost £83 each and there is an additional cost of the GP or nurse’s time. This means the NHS has spent almost £1 million fitting them in underage girls in the past two years.

The Mail obtained figures from NHS Digital and the NHS Business Service Authority (NHSBSA), which provides a more detailed breakdown of ages. These showed that 39 girls aged 12 or under had been given the devices in each of the years 2016 and 2017.

But this is an underestimate because the NHSBSA records the details only of girls who have an ‘NHS number’ – given out by an NHS GP – and not all young girls are registered with GPs.

The contraceptive implants are matchstick-sized tubes which are inserted under the skin of the arm.

They last for three years and work by releasing a steady dose of the hormone progesterone. This prevents ovaries from releasing an egg every month and also thickens the lining of the cervix – preventing sperm from entering.

In addition, it thins the lining of the womb, making it less likely that a fertilised egg can implant.

The implants – known by the brand name Nexplanon – can be fitted by a specially trained GP or nurse. Girls undergo a brief consultation to ensure they do not have any underlying health conditions which would put them at risk. These include heart disease, liver disease or being pregnant.

In rare cases the implants have been inserted incorrectly and travelled to the lungs or major veins.

Experts say they are 99 per cent effective and far more reliable than remembering to take the Pill or using a condom. They take only a few minutes to be fitted and girls are given a local anaesthetic.