Huey Lewis and the News have cancelled the rest of their shows in 2018 after revealing their frontman lost his hearing earlier this year.

Lewis told fans on Friday he has struggled with hearing loss for two-and-a-half months in a Facebook post.

‘Although I can still hear a little, one on one, and on the phone, I can’t hear music well enough to sing,’ the 67-year-old wrote.

After visiting several different ear specialists ‘hoping to find an answer‘, Lewis said his doctors believe he has Meniere’s disease, a disorder of the inner ear that a handful of other musicians including Ryan Adams and Kristin Chenoweth have also suffered from.

While working with doctors to understand and treat the hearing loss Lewis will be taking an indefinite break from the stage. There is no cure for Meniere’s but it is commonly treated with diuretic pills and a low-salt diet to prevent additional fluid build-up in the ear.

Huey Lewis and The News has sold a combined 15 million albums. The group’s most well-known singles include Power of Love and I Want a New Drug.

Meniere’s disease is a chronic inner-ear condition commonly associated with hearing loss and vertigo, which is a spinning sensation that comes in waves.

Other symptoms include loss of balance, tinnitis or ringing in the ear, headaches, nausea and what’s described as a feeling of fullness in the ear.

Symptoms have been known to come on in episodes lasting 20 minutes to four fours, according to the American Academy of Otolaryngology (AAO).

Lewis said in the first two-and-a-half months since he has had symptoms he’s been experiencing distortion with lower pitches in particular.

This is common in the early stages of Meniere’s and eventually progresses to affect all tones of pitch.

The causes of the condition are unclear but a popular theory is that it results from too much fluid accumulating in the ear.

As a result of his condition, Lewis’s band Huey Lewis and the News has canceled all future shows including a scheduled performance at the music festival Outside Lands

In 85 percent of cases it only presents in one ear. Symptoms such as vertigo can be alleviated with medication.

Surgery to reduce pressure in the inner ear has been found to be effective in one-half to two-thirds of patients, but doctors only recommend this extreme measure to a small subset of patients with the most severe symptoms.

Some patients with hearing loss from the condition are fitted with hearing aids, which may be an option for Lewis going forward.

However, it appears that doctors have not yet made the diagnosis official.

The 80s hitmaker, pictured in 2010, said he hopes to be able to return to the stage in the future if he gets the condition under control

The band was scheduled to play several shows later this year including a set at Outside Lands.

‘Needless to say, I feel horrible about this, and wish to sincerely apologize to all the fans who’ve already bought tickets and were planning to come see us,’ he wrote in the Facebook post.

The singer-songwriter who shot to fame in the 1980s is unsure of when he’ll be back on the stage but hopes that his career hasn’t reached its end.

‘I’m going to concentrate on getting better, and hope that one day soon I’ll be able to perform again,’ he wrote.

Lewis would not be the first musician to be diagnosed with Meniere’s.

Ryan Adams was forced to take a break from performing for two years beginning in 2009 as a result of the disease. 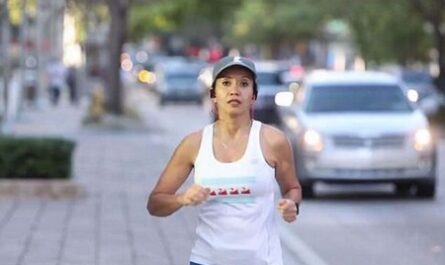