On 23 May, Wyoming officials will vote on whether to allow the hunting of up to two dozen grizzly bears around Yellowstone National Park this September. The proposed hunt has reignited controversy over whether or not this population of grizzlies has recovered from decades of hunting and habitat destruction – an issue that was central to the US government’s decision to take the bears in the greater Yellowstone ecosystem off the endangered-species list in 2017.

Seventy-three scientists sent a letter to Wyoming Governor Matt Mead on 25 April, asking him to halt the hunt until a panel of independent experts can review data on the size of the grizzly (Ursos arctos horribilis) population in this area. ﻿They are concerned that government tallies overestimate the number of bears in the ecosystem surrounding Yellowstone National Park, which spans roughly 80,000 square kilometres and is one of the largest continuous wilderness areas in the contiguous United States.

Critics challenge the federal government’s methods for assessing whether the grizzly population has become large enough to face a hunting season1. Those estimates might be too high because of a number of factors, says David Mattson, a wildlife researcher in Livingston, Montana, who retired from the US Geological Survey (USGS) in 2013. They include increased monitoring efforts in the past 30 years, better visibility of bears to aerial surveys – because of shifts in where the animals look for food – and assumptions that females will continue to reproduce until they die. There’s evidence that as female grizzlies age, they tend to reproduce less, Mattson says.

Wildlife scientist Frank van Manen, who leads the USGS Interagency Grizzly Bear Study Team (IGBST) in Bozeman, Montana, disagrees with critics of the government estimates. The IGBST collects grizzly population data using a range of methods, including aerial surveys and tagging individual bears2, van Manen says, and the numbers from each method agree. He says that the current population estimate of 718 bears is “extremely conservative”.

The Wyoming Game and Fish Department proposed the hunt in February on the basis of those population assessments, and gave the public until 30 April to submit comments on draft regulations. If the rules were to pass, hunters could take up to 12 bears in the monitored region surrounding Yellowstone National Park – an area of about 50,000 square kilometres. They would be allowed to kill a further 12 bears outside that monitoring area, but still in the greater Yellowstone ecosystem. The state’s wildlife commission is currently reviewing public comments ahead of the late-May vote.

When the US Department of the Interior ended federal protections for the Yellowstone grizzly bear last year, the agency turned management of the animals over to Montana, Idaho and Wyoming – the three states in which the animals live. Idaho’s Fish and Game Commission is gathering public comments on a possible hunt. But Montana officials decided to skip this year’s hunting season, citing pending lawsuits claiming that the animals remain threatened.

Mattson and the other researchers who wrote to the governor about the hunt listed several concerns in their letter. Some of the bear’s food, including cutthroat trout (Oncorhynchus clarkii) and whitebark pine (Pinus albicaulis), will probably become even scarcer in the future as a result of environmental changes, the researchers say. This will threaten the survival of some bears and push them to hunt livestock or look for food near houses, increasing their run-ins with people, says Mattson. This could lead to a rise in the number of animals killed as a result of these conflicts, which would further shrink the population.

Even if the current population estimates are accurate, removing 24 animals through hunting could have detrimental effects, says Andrea Santarsiere, an attorney at the Center for Biological Diversity who is based in Victor, Idaho. In 2017, 56 bears died in the IGBST monitoring area as a result of natural causes or conflicts with people. “If the same amount dies this year, we could be looking at up to 80 bears removed from the population,” Santarsiere says. “That’s about 10% of the current population.”

And killing females might pose even higher risks to the survival of Yellowstone grizzlies, Santarsiere says. The Wyoming proposal would allow the killing of no more than two females in the area around Yellowstone monitored by the IGBST, but it doesn’t put a cap on the number of females that hunters can take outside this area in the greater Yellowstone ecosystem. Females can carry up to four cubs at a time, Santarsiere says, “so killing one female could equal removing five bears from the population”.

The USGS’s Van Manen says the hunting proposal won’t pose a risk to the bear population. Only two hunters at a time would be allowed in the monitoring area, and the hunts would stop as soon as two females had been killed in this region, he says.

Wyoming officials seem to be intent on moving forward with this, says Louisa Willcox, a wildlife activist based in Livingston, Montana, who has been in contact with the state’s Game and Fish Department. “It’s extremely unlikely that the scientists’ comments will make them pause.” 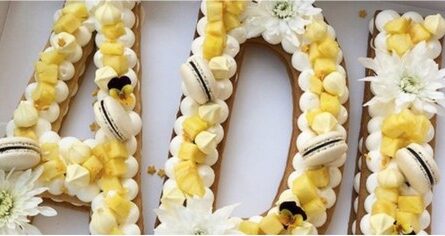 “He should’ve died right there at the scene” (10 photos)