This Christmas day like most people, I will spend with my family. The only difference is that my family is a little smaller than your average. In my family portrait is me and my son Freddy, who is four. We’re a single parent family and it’s just us two.

I became pregnant unexpectedly when I was 24 and Freddy’s Dad quickly decided he didn’t want to be a part of his life. He went from potential coparent to no-parent in the space of one phone call. A lot of people say ‘Oh, I’m so sorry!’ at this point of the story but honestly, it’s never had an impact on either of us. Freddy can’t miss something that he’s never known and I parent with no disruption.

We’re not looking for a man to fill a Dad-shaped gap in our lives because we’ve never felt any void. To us, the nuclear family served us well but it’s time for an update, a revamp closer to what so many of us are actually living. one in four families now single-parent families, not to mention the increasing rates of solo IVF, gay surrogacy and blended families, different is fast becoming the new normal for many. OK, our family might not be traditional but it’s also not incomplete.

So this Christmas, just like our previous four have been, we will spend it together. There will be no longing for anyone extra or guilt about only giving my child one parent. Of course, sometimes this slips in but that’s when I have to check myself and remind myself that my parenting team of one is enough. We will wake up in our little flat where we live just the two of us, and Freddy will see what Santa has brought him. 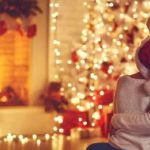 Then we’ll head to my Mum and Dad’s for Christmas lunch and then come back to our flat, put on a Christmas film and put together all the toys received as gifts. Toys which I could swear just get more fiddly the older your kid gets. Cheers Santa.

The only downside to our setup is not having a bloke on hand to whip out a Phillips screwdriver. You can’t call yourself a true single Mum until you’ve constructed a Hot Wheels bat cave in under an hour.

This is what it’s really like to be adopted

My son knows he doesn’t have a Dad while all his friends at school do. He now explains that families come in all shapes and sizes and that his is just a little smaller than most. So far, his news has never been met with any criticism. In fact, one of his friends at school recently announced to me at pick up that ‘Freddy has just a Mummy and not a Daddy’. But he’s very much a believer that good things come in small packages and has never questioned our family set up. Biology doesn’t make a family, love does. And Freddy and I have plenty of that. 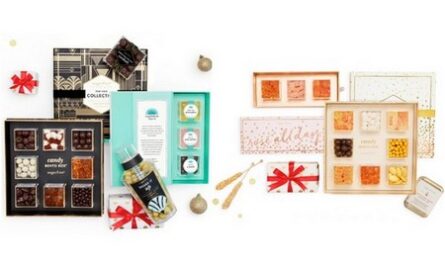