Aside from the burgeoning acting CV, Nico is one of the most grounded and worldly aware people you could meet. Her Emmy Award winner mother, Thandie Newton, coming in mid interview to locate her glasses (“she leaves her phone everywhere too,” Nico laughs) is a telling symbol of how normal her life is.

“You’re amazing, I love you,” Thandie tells her as she skips off for a night at the cinema.
Nico Parker may already be the star of Disney’s live action remake of Dumbo – and currently starring alongside GLAMOUR cover star, Naomie Harris and Jude Law in the thrilling new TV show, The Third Day, but her mind is very much on her return to school following lockdown.

“I’m doing GCSEs so it’s dawning on me all of the work I’ve missed. We don’t know if we’re going to do our exams and so I don’t know if we need to put in maximum effort,” the 15-year-old shares – half joking.

As Nico’s star is set to rise, she opens up about embracing her natural hair, how her role model mother gave her pride in her racial identity, the testing conditions of filming The Third Day on a remote British island and as we reflect on Black History Month, Nico reveals what gives her hope for the future… 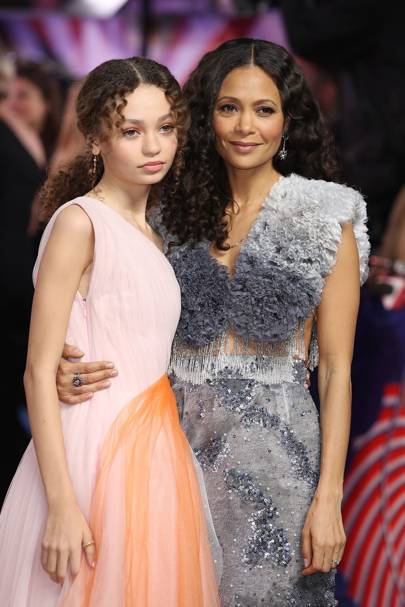 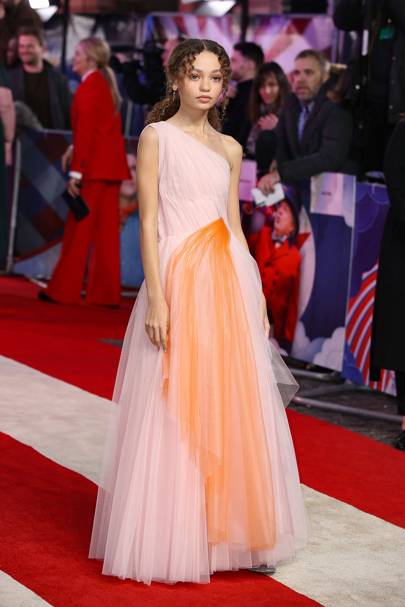 How have you found going back to this ‘new normal’ after lockdown?

Lockdown started to be like a comfort blanket because I’m now an extreme introvert. I hate going out now and I really like staying at home. I was talking with my friend about this the other day as I’ve become really comfortable with my own company and being in my room in my little sanctuary. I’m trying to get away from that and train myself back into the new routine.

The Third Day is so intense! What did you learn from the filming experience?

God, it was intense – I think every member of cast kind of came out of it with the same thought. It really did become a little family because there are few people that shared the experience of living on the island and it was grueling work. Jude and Naomie had to do some really difficult stuff and even witnessing it made me tired. It taught me how much I can handle and where my boundaries are whilst working with people like Naomie who is beyond the nicest person reminded me how lucky I am. 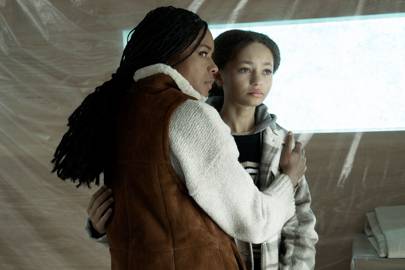 You’ve been so lucky to be surrounded by so many amazing role models like your mum and also with working with people like Naomie Harris – what advice did you take from her?

She always has these little oil blotting sheets hidden in some weird places. I was watching the fourth episode and in one of the moments I was like, ‘Oh my God, I look so oily!’ That was a piece of materialistic advice! But just seeing how committed she is to giving off an incredible performance every single time, I just tried to emulate how raw and in the moment she is.

It seems that Hollywood has a new respect for the voices of new people – with Millie Bobby Brown such a good symbol of that – how much faith has that given you in using your own voice?

My parents always instilled in me and my siblings that our voice always matters and if we have something to say, we should say it. Being on a film set has reminded me of that because being surrounded by so many adults all the time can be a little bit intimidating. But being in this time where I know so confidently that my opinions matter and that people want my input in things makes me proud to be in this industry. It makes me reflect back on people who didn’t have that privilege because there really were times when children were seen and not heard. 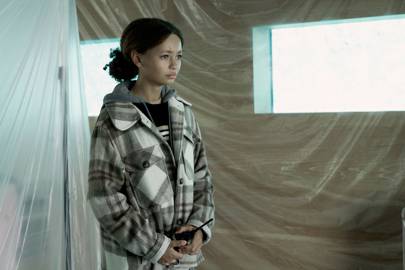 Being an actress comes with the pressures of social media – what is your relationship like with social media?

People get social media younger and younger as years goes on and when I got it for the first time it was like a game or a pastime. I would just post anything I thought was funny or interesting but now it’s influencing a whole generation of people and new young minds. I think it’s incredibly important to make sure what you put out there is truthful and enlightens younger and older minds.

Now I steer clear from Instagram a little bit because when there’s one hate comment it can be a bit overwhelming because it’s all that you can focus on. So I choose just to not read anything, which definitely comes from my mum who doesn’t read anything about herself – she literally has no idea what goes on and he just posts whatever she wants, which I love.

It’s such a wonderful time to have all these different types of people to look up to because with Zendaya specifically I saw her in Shake It Up and thought, ‘Oh, I look a bit like you! My hair is like yours!’ I just think individuality should be celebrated instead of pushed down. And with the Black Lives Matter movement it’s just so incredible to see that kind of change being enforced after so long after people’s voices being silenced so frequently. 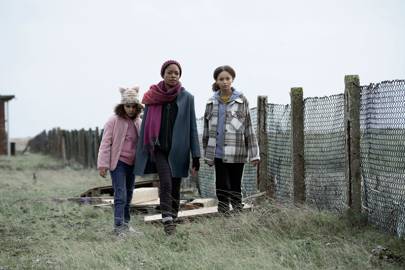 You wonderfully embrace your natural hair – what has your relationship with your hair been like?

When I was younger, I think mainly because of maintenance, I used to hate my hair because combing hair – it’s an ordeal. There’s a lot of detangling and conditioner. I used to really not enjoy it and I remember in Year 5, I wanted straight hair, really, really badly. I think it was really sad for my mum who did straighten her hair a lot – and she now she regrets that she had – and to see me wanting to do the same did make her upset. When I was about 11 years old, I figured out how to do my own hair and I thought, ’I have the coolest hair in the world!’ There are days where I will cry over how hard my hair is to control but now, I would not ask for any other hair than what I have!

How much further do you think we need to go in terms of representation?

There’s so much further that it can go because there’s still so many people that have an incredibly dated mindset. I feel that the future of young children used to be carved out by parents and grandparents and it was a structured lifestyle that everyone was expected to lead but now it’s really straying away from that. We are a generation making their own story and their own path. It still makes me really sad though to see that some places still haven’t taken the steps to allow young people, women and men to do as they wish but it also reminds everyone why they protest and why they’re an activist. 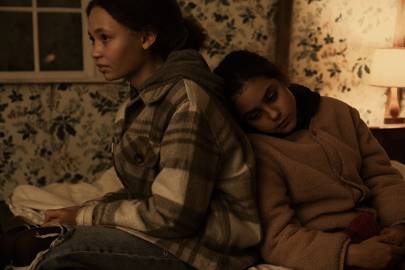 What gives you hope for the future?

When you read all these horrific stories on the internet, it can get really overwhelming. But I’m lucky to be surrounded by the family that I am because seeing the love that they have for each other and for everyone reminds me that there’s still hope out there and there’s still incredible people. There’s also so many people in the world that are advocating for change and I think that probably gives me the most hope – when I’m thinking forward is when I have the most hope for humanity. 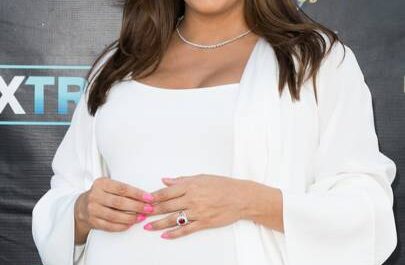 Baby Boom: All of the pregnant celebrities due in 2018

Here’s everything you need to know about Kamala Harris