Chip and Joanna Gaines play many different roles – cohosts of a TV show, co-owners of a home renovation and design business, and coparents to a pack of four (and soon to be five!) gorgeous offspring.

The Gaines parents work hard to keep Drake, Ella, Duke, and Emmie down to earth and out of the limelight, but that doesn’t keep fans from speculating about what it’s actually like to call HGTV’s house-flipping duo Mom and Dad.

The parents have never publicly discussed their kids’ educations, but it’s clear that Chip and Jo like to take an active role in their lives (they probably don’t even have a nanny to help keep their household running smoothly). And though they’ve never confirmed it, we don’t think it’s too far-fetched to assume that this close-knit family does homeschooling.

In their 113-year-old farmhouse on their 40-acre estate in Waco, TX, Chip and Joanna emphasize a simple way of life for their family and, despite being TV stars themselves, doesn’t even own a TV. 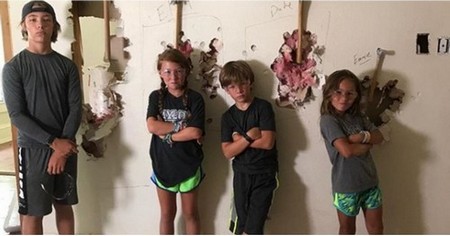 While keeping their children away from devices doesn’t necessarily mean they believe in homeschooling, the Gaineses do belong to a religious community that’s made up of many homeschooled families. According to the Antioch Community Church website, “a large percentage of members choose to homeschool their children,” although it isn’t at all a requirement, as they believe “that God will lead each family in the schooling decision that is best for them.”

The family’s previously busy production schedule would have also made it difficult to keep the kids in class – Chip and Joanna recently told People that they were filming Fixer Upper 11 months out of the year. Even though Jo has suggested that she spends her workdays away from her kids (“I have had to find creative ways to connect with the kids during the day now that I work, to let them know I am always thinking of them,” she said on her blog.

“I’ll send them a little note in their lunchbox or surprise them and pick them up early from school for a fun date.”), it also seems as though the Gaines children spent a fair amount of time behind the scenes, so it’s possible that their learning was taking place on set when Fixer Upper was still in production.

Whether their kids are receiving their educations inside the classroom or outside of it, Chip and Joanna’s mission to raise grounded, humble individuals remains the same. Without a TV in the house, the Gaines kids don’t even know how famous their parents are (something we think would be difficult to keep from them if they spent their days in the schoolyard). Chip and Joanna also recently said goodbye to Fixer Upper after season five so they can take their kids even further away from the public eye, so it only makes sense that the parents would want to continue to keep their kids close to home, even for school.

Dear Family, Before You Buy Me a Mother’s Day Gift, Please Do This Instead

My Son Is Very Sensitive and Emotional, and I’m More Than OK With That 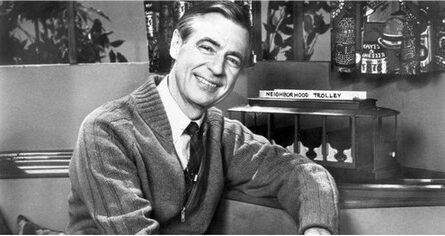 10 Parenting Lessons From Mister Rogers That Will Truly Never Expire