In this day and age, to succeed as a celebrity in a world where your every move is documented and commented on via social media, you’ve got to be able to laugh at yourself.

Refreshingly, that’s exactly what Selena Gomez did recently after comments were made about her appearance on the 2018 Met Gala red carpet.

The event brought together some of the biggest names in celeb-land for a night of incredible red carpet dresses, beauty galore, standout moments and most importantly, fundraising for New York City’s Metropolitan Museum of Art’s Costume Institute.

The gorgeous Selena set tongues wagging as she rocked a stunning ethereal Coach number. We thought she looked incred, but people couldn’t resist commenting on just how glowy her skin was… 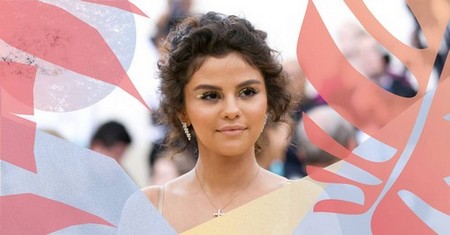 Selena Gomez is beautiful man, if she didn’t overdo the fake tan for the Met Gala she would have looked cuter

Whatever happened to ‘if you don’t have anything nice to say, don’t say anything at all’?

Selena responded in the best way though, by cracking a joke at the situation, therefore completely owning it. She posted a video on Instagram of her running away from the camera, writing: “Me when I saw my pictures from MET”

Fair play Selena, everyone has looks they’re not totally cool with, but if we look anywhere near as good as you do during a fake tan fail, we’ll be pretty darn pleased.

It’s an incredible feminist masterpiece without you even realising it