Sometime around the late aughts, or in early 2010s, shoe heights had climbed to near-absurd heights thanks to generous platforms on everything from Yves Saint Laurent Tributes to Charlotte Olympia Dolly pumps. For evidence, see later seasons of “Gossip Girl”.

But then, very quietly, sneakers began taking over around 2013. Phoebe Philo ushered them in at Céline, both via her own take on slip-on sneaks and her personal preference for Stan Smiths. By early 2014, they were popping up on couture runways, and the era of the Fashion Sneaker™ had officially arrived.

While we’re still riding a strong wave of sneakers – one only has to see the waiting lists for so-ugly-they’re-cool styles at the likes of Balenciaga and Gucci to know the sneaker isn’t going anywhere anytime soon – the style’s popularity brought something back to the women’s footwear market that had been missing for some time: comfort.

“It’s funny because I think it’s been this novelty, this trend, but really, the idea of a comfortable shoe should never be a trend,” says Shannon Adducci, fashion editor of Footwear News. “It’s been great that high-fashion has put these sneakers on the runway because it’s reinforced this idea that you can be comfortable and cool; that’s had a huge impact, and so I think across the board, footwear designers are looking at and thinking, ‘How can we get into this comfort idea?'”

What works for fashion doesn’t always work in other more buttoned-up industries; while sneakers became the shoe of choice for “It” girls, they didn’t translate into traditional office spaces, which sent designers looking for equally practical alternatives. The answer: elegant slippers, flats embellished for evening, slide-on mules, the unexpected return of the kitten heel and plenty of low, chunky heels on everything from sandals to Mary Jane pumps. Soon, the trend exploded: Gucci loafers, Chanel slingbacks, Roger Vivier flats, Jacquemus sandals and Miu Miu slides all became status symbols.

It didn’t all happen at once. Ella Hudson, accessories footwear senior editor at WGSN, marks two years ago as the start of the newest wave in comfortable footwear. “The trend for easy-to-wear, comfortable heels really started to gather pace back in 2016; both Maryam Nassir Zadeh and Mari Giudicelli were at the vanguard of the trend for chic, easy-to-wear heels,” she says. “Between the rise of sneaker style and the embrace of orthopedic footwear such as the Birkenstock, comfort had became cool and the emergence of these low, block heels offered the appeal of the heel while still delivering on comfort.”

Adducci gives equal credit to fashion cool-girl favorite Mansur Gavriel. “I really think the same way that they’ve changed the handbag market, Mansur Gavriel with their simple slide mule – that idea of that really simple slide that you can just slip on and it’s really easy; it’s got a really simple silhouette – I think that that’s had an impact on designers from the high-end market to the middle market and low-end.”

She points to female designers, like Dior’s Maria Grazia Chiuri, who are committed to keeping shoe heights grounded for the benefit of women’s empowerment. Adducci references Dior’s Fall 2018 collection, inspired by student protests, in which models wore weighty boots with a low, chunky heel that made an equally satisfying, strong sound as the models walked down the runway, for proof that the low heel is as much a statement for today’s charged political and social environment as it is a style choice.

But don’t count the stiletto down for the count just yet; Hudson says that WGSN is already tracking the return of the heel. “Early indications of this can be seen in the popularity of the kitten heel which combines archetypal femininity with relative comfort,” she explains. “We expect this trend to gather pace over the coming months, inspiring the return of other comfortable heel styles such as the platform and the wedge.” Indeed, stacked heels and platforms were creeping back onto runways for the Fall 2018 season.

For her part, Adducci was keeping an eye on the 2018 awards season, waiting to see a low-heel or a flat movement on the red carpet in the moment of #MeToo and #AskHerMore. It was a style choice that never came. “They’re definitely still an event shoe,” she explains. “High heels are here to stay on the red carpet; they’re not going anywhere. That was my take-away from this past season. But for the real woman, they really are for a special event; there is an elegance to them; there is a beauty to them.”

Ultimately, as major retailers like Net-a-Porter invest more in these styles, there’s never been a better time for women looking for shoes that are both practical and stylish. Even if heels hike all the way back up to their 2010 levels, designers will have a hard time getting their customers to give up the comfort to which they have become accustomed – and, frankly, why would they want to try? 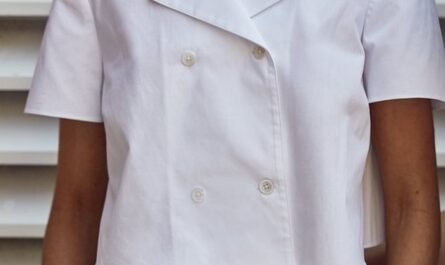 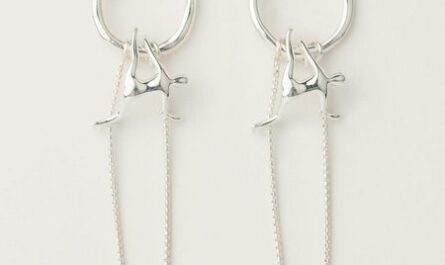 Whitney’s New Favorite Earrings Get Weirder as You Get Closer