Being a beauty editor is basically an endless game of gimmick Whac-A-Mole: It often feels like I’ll dodge one elaborate, too-good-to-be-true claim or weird-but-Instagrammy application method, only to be immediately confronted with three others.

It’s easy to become somewhat jaded or generally unimpressed by the parade of products that come across my desk. But that’s what makes finding the truly innovative, effective ones all the more exciting.

Take, for example, Dior’s Airflash Spray Foundation, which I received in a mailing from the brand recently. I’m not a big foundation wearer in general – I typically go for BB creams, semi-sheer skin tints and tinted moisturizers – but something about the childishly fun idea of spraying on my makeup made me immediately want to try this one. And let me tell ya, I’m glad I did.

Yes, using it is a somewhat messy process. According to the enclosed instructions, you’re supposed to “Shake well before using. Extend arm straight out and bend at elbow 90 degrees. Close your eyes. Editor’s note: This part is very important. In one quick, continuous motion, spray a layer of foundation over the face in the shape of a Z, starting with the forehead and ending on the chin.” That’s exactly what I do – and then I follow that part up by blending all of it in with a BeautyBlender and sweeping away the excess product that has inevitably wound up covering my eyebrows, lips and hair line with a tissue or makeup wipe.

That last part is only slightly annoying, because although it sounds like you’re adding another step to your makeup routine, the speed with which you’ve just covered your entire face in foundation – and the ease with which it subsequently blends in – is actually a very impressive time saver.

And the results? They’re so, so good. I’d describe the coverage as medium-to-full, but because the featherweight, liquid foundation mists on so lightly, it doesn’t feel or look the least bit heavy or cakey. In fact, it pretty much feels like you’re not wearing any makeup at all.

The finish is natural and skin-like, which is my ideal effect (though I do still dust a little loose powder on my T-zone so I don’t get too shiny later in the day). It’s totally transformed how I think about foundation – and as a side effect, it’s also made my makeup routine much more fun. The only downsides I can see are the limited shade range (18 options) and fairly hefty price tag ($62). 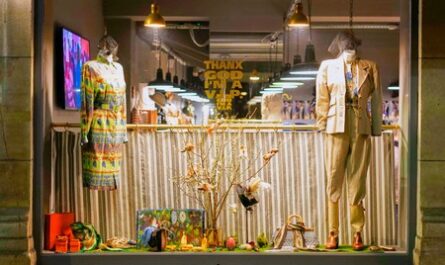