The singer, who was born in Nigeria and moved to Birmingham aged 13, started writing songs at 20 years old. Now, at 29, he hasn’t wavered from his pledge to repackage soul for a new generation – and the likes of Alicia Keys and Sam Smith LOVE it.
Speaking on the phone from East London, it’s rapidly clear whilst interviewing the singer Jacob Banks that his voice is just as powerful IRL as it is on his soulful songs, from Slow Up to his latest single, Devil That I know.

Here, the singer calls BS on our generation’s desire to ‘romanticise’ toxic traits in relationships, the effects he hopes the latest resurgence the Black Lives Matter Movement will have on music and how difficult it has been for him to be truly seen both in conversations inside and outside the music industry…

How have you been managing during this time of great change and what have you learnt about yourself?

How much true peace means to me – I think our generation’s been raised to romanticise a lot of toxic traits, like when we talk about relationships, we’re told to believe that it’s something that you have to power through, and it’s meant to be hard. I’ve just decided to resent that idea, that any love of any kind of love in my life – romantic, platonic, friend, family – should not be difficult, love should come easy. As far as two people loving on each other, just having a good time and going to f**king Magaluf – that should be as easy as possible. 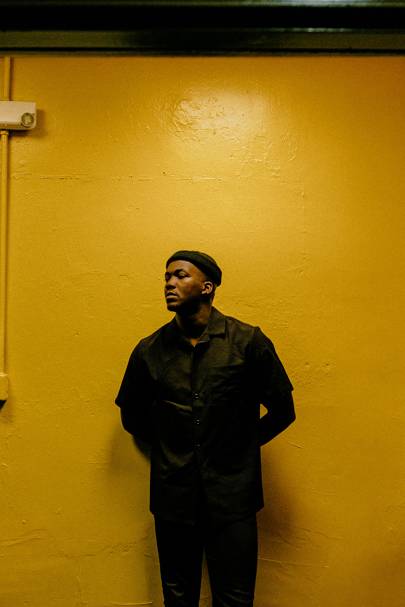 What does your new music say about your personal growth as an artist and as a person?

I’m always trying to push myself, make myself uncomfortable and I genuinely believe my job is to keep people company. I know that to do that effectively I have to meet myself half-way to allow myself to be scared every now and then and find a truth in how I feel. That’s the journey here, with the new music, is it’s just me being uncomfortable. The biggest thing for me is really having to delve into myself. I’ve always used music as social commentary but this time I’ve really decided to look inwards as opposed to outwards which is daunting because you might not like what you find.

What have you found from looking inwards?

There are a lot of things I need unlearn – there are a lot of fears I have that I need to part with. I’ve realised that I’m not as normal as I would like to be, which is fine, but I need to learn to be okay with that. I thought that I have a different point of view to most people that I know but in actually talking about it I have released there are a lot of people who think the same way as me. 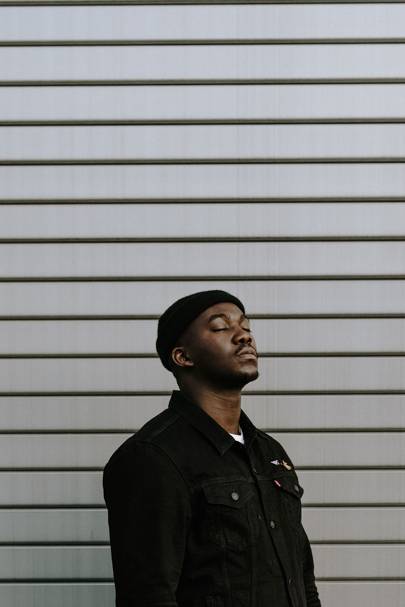 I think the music industry will have to look at itself because it has a lot of unconscious bias. The things that we credit one group for that we would never credit the other group for. We expect so much of one side and have very little expectation of the other side.

People are going to have to face that. However, my fear is sometimes brands and corporations – which did these things for years – go wherever the money is and right now everyone knows if you don’t use your voice, you’re probably going to lose a f**k tonne of customers. So, I wonder how genuine it’s going to be, but the sad reality is that in the grand scheme of everything for black people and any group that’s oppressed and marginalised, we will have to take it. This will have to be a small victory, regardless.

Whether it’s genuine or whether we’re forcing their hand, which we are for the most part. It’s come to the point where we’re having to force cooperation, force the music industry and force any sort of institution to hear us. They’re not doing it willingly. They’re doing it because they know not doing it would mean your business probably has to come to an end.

There was a situation where I was working with someone from my label, I put out a song and they suggested that it should go on Grime Daily. They couldn’t understand how that’s unconscious bias because I don’t make grime, so there was no reason why my song should be on Grime Daily, unless you only see me as one thing. People need to understand those kinds of things. I don’t think people are always malicious, people just aren’t willing to care and that’s what it comes down to. If at this point, with all the information that you have, with your phones, I have to sell you on Black Lives Matter, it’s simply because you don’t give a sh*t. I’ve never had to have a conversation with any of my people who are gay or my people who are marginalised or women in my life and have to ask them to explain their struggle to me. I’ve cared enough to research on my own terms. Anything I’ve ever cared about, I’ve gone to find out the truth myself. 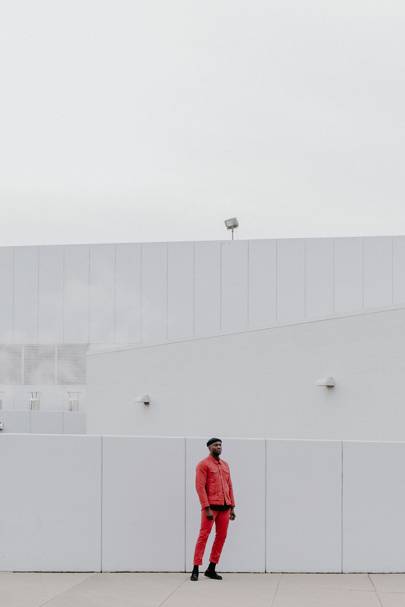 I think also people need to make sure that their activism is authentic, do you feel that as well?

Yeah but the sad reality is if you’ve been bullied into being an activist or you’re here out the goodness of your heart, it’s more than what we had before. A bunch of the stuff that we’ve been given is pointless, though. Black people are asking for equity in society and when I say black people, I’m also talking about any other marginalised group across the board. Any other group that feels disenfranchised.

You have to give people the equity and what we’re being given right now is films on Netflix being taken down, streets being named after BLM. That’s not equity. It’s not putting women in positions of power, putting people who are in LGBTQ community in a position of power to make actual decisions. It’s not about using them as tokens it’s about giving people power that they can use to further their community – that’s what people are asking for. People are asking for real equity, that’s only belonged to one specific group for as long as time has existed. They’ve just given us a bunch of weak ass sh*t. We need real equity in society otherwise there will be zero need for these groups to uphold society.

Yeah man, this all feeds into each other. I hope there’s a light at the end of the tunnel. My silver lining with all of this is I am so, so, so, so f**king proud of our generation and where we stand. We’re willing to have those tough conversations and make ourselves uncomfortable. I love us for what we’ve done and the stands that we’ve taken.

What kind of conversations do you want to start with your music?

When do you feel like you’ve been the most and least ‘seen’?

The most seen I felt was recently, actually. The most ‘seen’ is when I feel understood, when I feel like I don’t have to have a disclaimer with every thought process I have or every point of view. I feel the least seen when I’m engaging with someone who’s made up their mind before we enter any sort of discussions, because nothing that I say or do matters. If you’ve already chosen an identity for me, which is essentially what every disenfranchised group is going through, if the decision’s been made prior to my existence, it’s an uphill battle because regardless of what I say, you’re listening to respond, you’re not listening to hear. I don’t even bother with it anymore.

That’s such an important point because we talk about how important it is to talk, but it’s just as important to listen and I think a lot of people have forgotten that…

People forget that the other side of communication is comprehension. Comprehension is just as important as communication. If you can’t comprehend the things I’m saying, it doesn’t matter how affluent or how logical or how peaceful I sound. If it sounds to you like I can attack and you can’t comprehend that I’m coming from a place of peace, it’s going to sound exactly how you want it to. People say, ‘Just talk about how you feel,’ but not everybody can be trusted with the truth. I wish if you just spoke nicely to people it translate but it doesn’t, some people just don’t have the comprehension skills, or don’t want to comprehend what you’re saying and then it’s a lose/lose at that point.