Wherever it stemmed from, our newfound love of the old timely tales seems to know no bounds. Since it launched onto our TV screens/ Netflix accounts on Christmas Day, Bridgerton has been the, ahem, hot topic of entertainment conversation.

But what to do if you’ve already completed the raunchy, gossipy period drama of the moment, given that future seasons are a while off yet?
Period dramas are having a real moment right now.

Perhaps it all started with the epic success of Gentleman Jack last year; perhaps it was ever-growing popularity of The Crown. Or maybe our obsession with costume dramas started taking off way back with Poldark.

Fans are turning to Hulu drama The Great, which is available to stream on All 4. Like Bridgerton, it’s a costume drama with a contemporary twist; telling the story of the rise of Catherine the Great from outsider to the longest-reigning female ruler in Russia’s history with a satirical, comedic perspective.

The Great stars Elle Fanning and Nicholas Hoult in the leading roles of the Empress Catherine II and Emperor Peter III of All Russia respectively. 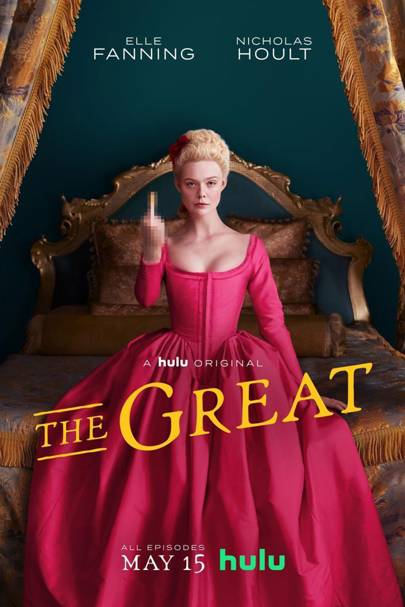 The show is even being praised as better than its Netflix counterpart.

One fan posted on social media: “so good !! Should be getting more credit than Bridgerton.”

“The Great on All 4,” another fan recommended to a fellow Twitter user. “It’s just started, so only one ep available so far, but it’s fab and ready-made to ‘bridge’ the gap after Bridgerton!”

The Great on All 4. It’s just started, so only one ep available so far, but it’s fab and ready-made to ‘bridge’ the gap after Bridgerton!

Bridgerton was entertaining enough but ultimately quite vapid. The Great is honestly so good. The acting are writing are incredible.

During a discussion comparing the two shows, one Twitter user noted: “Bridgerton was entertaining enough but ultimately quite vapid. The Great is honestly so good. The acting are [sic] writing are incredible.”

So, if you’re looking for your next great (sorry) period drama, head to All 4 and get binge-watching The Great!

Plus, the series was renewed for a second season by Hulu last year, so there’s even more satirical costume dramz to come! We can’t wait.