Like it or loathe it, Botox, fillers and other nonsurgical procedures are becoming the new beauty norm. After all, it’s your face, your choice – right? GLAMOUR reports…

It’s August 2017 and Jennifer, 27, is on her best mate’s hen do. “Cheers!” cries the bride-to-be, in the centre of the room. But instead of quaffing a glass of bubbly, she leans back and closes her eyes as a woman poises a needle at the side of her forehead. Wait, what the?

“It was a Botox party,” Jennifer explains, adding that, since then, she’s had one additional Botox treatment at a London clinic. “I wear sunscreen, I buy face creams. To me, Botox is the next step and it’s now part of my beauty routine.”

Jennifer isn’t alone. Research shows a huge upsurge in twentysomethings getting injectables in the form of Botox and lip augmentation, as well as nonsurgical enhancements, including dermal fillers and jawline reshaping. Over half (51%) of women aged 16-29 would consider getting cosmetic enhancements either now, or in the future* – and by 2020, it’s believed that almost 1.5 million of us in the UK will have had a nonsurgical treatment such as Botox or fillers.

“I consider getting Botox as just good grooming – it’s like flossing my teeth,” says Eden, 24, from Edinburgh. 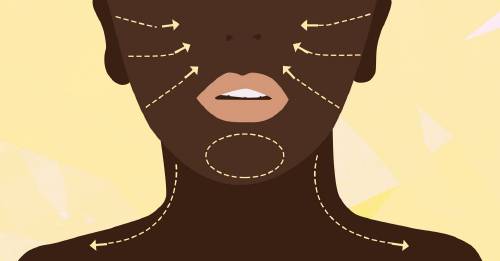 Generation X may raise their eyebrows – or would, if their eyebrows could move. Because one of the reasons so many millennials are exploring nonsurgical procedures is because their mums are doing it, or have done it, too. “We see a lot of mother-daughter pairs in our office,” says Dr Norman Rowe, a board-certified plastic surgeon with a practice in New York City. And for some of the daughters, the motivation is getting a step ahead of the ageing process. “People start earlier,” agrees Dr Tijion Esho, who runs the Esho clinics in Newcastle and London.

“In the past, you might not consider these treatments until your mid-forties, now women in their twenties are more aware of the ageing process and are doing things to halt it.” Women like Emilijia, 28, from Norwich. “Instead of forking out hundreds on expensive creams that might not work, I know Botox can stop my frown lines getting any deeper. I don’t fear ageing but I also don’t accept that ageing has to mean resigning yourself to everything nature does to our appearance.”

Not only that, but for Gen Z and millennials who have grown up seeing a dermatologist, using skin creams and having spa appointments such as lash tints and facials, fillers and injectables have become the next logical step.

“Millennials are more open to cosmetic procedures than any other generational group,” says Jack Duckett, senior consumer lifestyles analyst at global market-research agency Mintel. Its most recent report found that 28% of 18- to 24-year-olds and 31% of 25- to 34-year-olds have had some form of cosmetic treatment (compared with an average of just 21% for the whole UK population).

“This age group is more knowledgeable about nonsurgical treatments, and what can be achieved with them,” says Dr Rekha Tailor, medical director of health and aesthetics in Surrey. Advances in technology have also led to subtler results, which in turn means less stigma surrounding injectables. “People are starting to realise that Botox and fillers can be done and still give the person a natural appearance,” says Dr Rowe.

Of course, it’s easy to pin the rise of interest in cosmetic tweaks on Instagram. “I feel social media has imbued this very specific, Barbie-esque aesthetic with big lips and a sculpted face,” says Caroline, 27, from Swansea. But your feed might not be telling the whole story. Make no mistake: scrolling through a well-curated account can make us compare our looks, but experts point to a wider shift in cultural norms.

‘Airbrushing’ apps such as Facetune, as well as the contouring make-up trend, can give people a glimpse into what fillers or Botox could do to their faces. “Contouring made me really aware of my angles, and to be honest, getting fillers was a less labour-intensive solution,” says Isla, 27, from Bristol. But Isla is quick to point out she isn’t turning to treatments to raise her self-esteem: “It’s just a look I prefer, the same as I prefer plucked eyebrows and straightened hair.” That, say experts, is the key change in attitude from earlier generations. “Patients used to bring in images of celebrities as a reference; now more and more patients show us airbrushed and retouched pictures of themselves as a guide to how they want to look,” says Dr Jean-Louis Sebagh, a world-renowned cosmetic doctor with a clinic in London.

This is what having your lip filler dissolved actually involves

In the ‘90s and early part of the millennium, cosmetic treatments were kept hush-hush for two reasons. First, the effect was often far less subtle. Second, plastic-surgery procedures were sometimes seen as admitting failure; that your body didn’t live up to a ‘perfect’ look. Today, it appears perceptions have changed.

The hashtag #lipfillers has nearly 300,000 posts on Instagram (as a point of comparison, #stretchmarkremoval has only around 4,000) and for some women, injectables have become another way to claim their body as their own.

Celebs play a part, too, in the way even conventionally attractive names, like Kylie Jenner and the Kardashian sisters have been open about their use of cosmetic enhancements. No longer do celebs ‘admit’ to having a procedure; they openly share their routine, which makes cosmetic augmentation seem simultaneously aspirational and part of the everyday beauty conversation. (‘If she’s already pretty and admits to it, then what’s the big deal in me trying it?’) “When super-confident people like Cardi B are open about cosmetic work, it stops being something ‘embarrassing’,” says Jeni, 23, from London.

“It makes waves. It means someone like me feels empowered. If I want work done in the future, then I will.” It’s also less about the celebrity’s specific look that some young women aspire to, and more about their lifestyle.

While most of us may not be able to afford to live like a Kardashian, the face has become one thing women are using their money to invest in, if they so wish. At around £150-£350 per session, depending on the amount of product used and where in the country you have it done, Botox and dermal fillers have become “a normal activity for people with expendable income,” says Miami-based plastic surgeon Dr Rian Maercks.

Take Annabelle, 26, from Edinburgh, for example, who gets lip fillers every six months. “I’m not the type to buy an expensive purse that I won’t use in a year or so. For me, fillers and Botox are much more of a sure thing. I think it’s the same as paying for a gym membership; it’s something that gives you value every day.” Like Annabelle, many millennials consider nonsurgical procedures just another necessary expense, the same way women ten years ago may have juggled their budget to pay for a Brazilian bikini wax. “I sometimes have to push all my bills around in that month to pay for it,” says Jay, 30, from Manchester. “But it’s worth it and it’s my decision to make.”

While many women feel it’s had a positive effect, there is of course a dark side to the rise of cosmetic enhancements being performed. One thing practitioners stress to their patients, regardless of age? “Nonsurgical does not mean no risk,” warns Dr Mary O’Brien, a consultant plastic and hand surgeon at the Royal Derby Hospital. Experts worry that the lack of regulation in the industry (Botox must be administered by a medical professional, but anyone can potentially get their hands on fillers and there is no minimum age limit or parental consent required in the UK) could lead to negative results.

“There is sadly an increasing number of unscrupulous providers working in the UK aesthetics industry who are offering cheaper prices for counterfeit, unregulated or diluted products, which are then administered by untrained, unqualified people,” says Dr Shirin Lakhani of Elite Aesthetics in Kent. Dr Lakhani frequently sees patients dealing with complications from past procedures. “Often they have been naïve and opted for cheaper price over quality.” Dr Lakhani and other plastic surgeons stress that procedures are generally safe, as long as you see a qualified practitioner – preferably one who is a member of the British Association of Aesthetic Practitioners (BAAPS).

“If you are considering anti-wrinkle injections or dermal fillers, make sure that you use a doctor or qualified practitioner who is fully insured and has the medical expertise to keep you safe,” says Dr Lakhani, who advises steering clear of discounts or vouchers and instead choosing accredited medical professionals.

But even with reputable doctors, there are potentially serious side-effects: rare complications of Botox include temporary droopiness in facial features, blurred vision and breathing difficulties. Dermal fillers can cause rashes and infection and, in very rare cases, can move from the treated area over time or even block a blood vessel. Rare, yes, but enough to put many millennials off, including Nadiya, 20, from Stockton, whose friend had to have her lip fillers removed. “Her lips were so swollen and painful for months.” Then there’s the thought of the chemicals involved. “I don’t smoke, I work out and eat well to stay healthy, so why would I put poison in my face?” says Chloe, 26, from Nottingham.

While the role of nonsurgical procedures in the everyday lives of Gen Z and millennials may seem dramatic – dangerous, even – the motivation behind an individual paying for these kinds of treatment is age-old. People want to look and feel their best, and are using the tools and technology on offer to do so. But while the effects may be temporary, is their place in our beauty culture here to stay?

These are the 6 best call-out accounts to follow ASAP 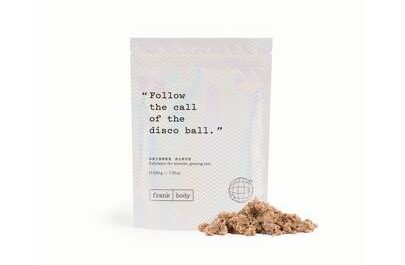 The £13.95 body scrub said to cure cellulite and acne

5 thoughts on “Since when did getting cosmetic surgery become the norm?”