It would seem that the cold climate of our Siberia should have caused, if not disgust, then slight boredom at the mention of boots – after all, we are forced to wear them for most of the year.

But, despite the long winters, the residents of Novosibirsk are not in a hurry to change their shoes, and it’s not so much that the summer turned out to be rainy this time. What is it: imitation of the fashion of the West or just the Siberian habit of “keeping your feet warm”?

About the origin of the idea to wear boots in the summer, and how this trend can affect the health of women of fashion, recognized the correspondent of SHE.

A few years ago, in some shoe stores, models of summer leather boots began to appear, then the bulk of buyers bypassed them, not quite understanding what to do with them and how they can be worn in the summer. 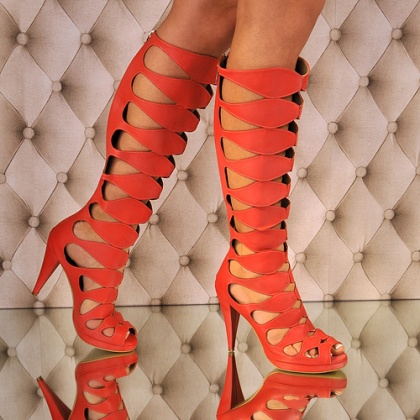 Boots were with a high bootleg and perforated skin, meet them on the street girl or even more so the woman was prohibitive and startling. But the beginning of this summer has changed the consciousness of the inhabitants of our city. It turned out that the girl in boots and, for example, in short shorts or a skirt looks stylish and effective.

Almost every store put on its windows and counters a model of closed summer shoes: fully closed, reminiscent of Cossacks, boots in cowboy and Greek style. Counters filled boots and ankle boots with trimmed noses and heels. In addition to leather summer boots in the range of some stores were fabric models. “In our store,” says the representative of the Askania network, “mostly genuine leather models were presented. But also “to cheer” always diverged summer jeans boots – they are, by the way, not the first season sold on the network. ”

And, of course, the main hit of the summer was lace knitted boots, which were filled with markets, transitions and even shelves in some decent stores.

Rivaling in its prevalence, except that with the ugg boots, these boots in Moscow have been holding the top for the second year, and in Novosibirsk appeared only this season.

Cotton boots and boots of different colors were sold at a price of 850 to 1500 rubles, and were bought by both girls and older women, according to the sellers of shoe stores. And in those places where the choice of a buyer presented and knitted, and leather boots, customers preferred first. “Lace boots are more popular, most likely this is due to prices – of course, fabric costs are much cheaper than leather ones,” the store Para said. 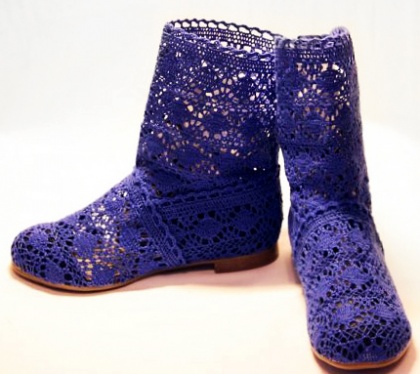 Fashion for summer boots, as stylists claim, was born today and not yesterday. There is convergence on the fact that the trend has come from the warm countries of America and Europe. “There, under the eternal sun, women could only wear shoes, but they really wanted boots, they created models of summer boots,” says Lyudmila Kornienko, the director of the Alexander Vasilyev school in Novosibirsk. – These summer boots were made then and should be made now from natural fabrics, from suede, from thin leather, so that they were dressed, it is useful for leg health. ”

Summer boots appeared in fashion more than once, and according to the stylist Viktor Feoktistov, “this tendency is also outlined from the Russian costume, because the characteristic Russian boots were adopted in the 50s and actively promoted by French designers, and today this trend has returned to us” . There are summer boots and other historical predecessors. “In the summer, boots were worn by hippies in the sixties,” notes Lyudmila Kornienko, “and wore them with long dresses. The movement of rockers also wears boots in the summer, and their style has appeared not today – from them the form of Cossacks in women’s boots has gone. ” The tendency to knitted boots was explained by Victor Feoktistov:

“Lacy boots are designers’ development to give summer boots a romantic style and look”.

With what to wear?

Faced this summer with summer boots, not every owner of such a pair could immediately understand what it is better to wear them. “If several years ago the combination of elegant dress and boots was in question,” says Victor Feoktistov, “today it is quite possible to choose a suitable model of summer boots for both a long skirt and for a short one.” 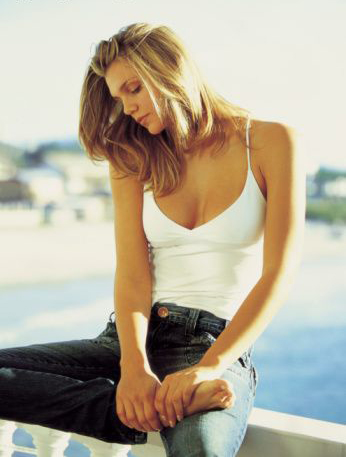 “Summer boots can be worn by anyone and with anything,” Lyudmila Kornienko is sure, “and with a heel and without a heel, it does not depend on age. If a girl and a woman have a sense of taste and style, then you can wear boots with a sarafan – and it will look harmonious. Today, there are many different style models, there are both military and hippy styles, and even if you dress classically, you will be able to choose such a model. ”

“The Ministry of Health warns …”

But whatever style of summer boots you choose, with whatever you put them on: with shorts, with jeans or with a wedding dress, doctors warn about the consequences of frequent wearing of closed shoes in warm weather. “When it’s warm in the street and in the room,” warns Tatiana Smirnova, a doctor at the clinic “Golden Section”, “it is necessary that the feet in the shoe breathe, otherwise a greenhouse effect is created, the microbes multiply, and the risk of fungal infections increases.” Even light boots are clothes on legs. Of course, if the temperature is not high, windy, as in most of this summer, then it is quite possible to put on knitted boots. If it rains, cloudy: it’s okay too – came in boots to work – changed shoes and everything.

But this is permissible when wearing summer boots does not become a way of life. Also, I recommend in the autumn and winter period at work to change shoes into lighter shoes. ”

Of course, the presence of summer boots draws attention to their owner, emphasizes her attitude to fashion and style, but never forget that summer boots are not designed to wear them at a temperature of 25 degrees. And also note that whatever fashion model was not, its ubiquitous prevalence, as happened with lace boots, instead of admiring the eyes of envious people, rather, will cause their self-satisfied ridicule. 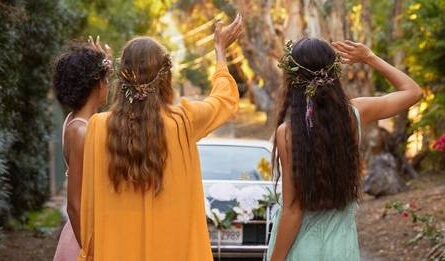 The chicest bridesmaid dresses on our high street

All The Must-See Looks From The 2019 American Music Awards