The spring sun requires us to be on the street. The office becomes the same stifling cage as the fitness room. And because many ladies seriously want to transfer their workouts to fresh air.

The simplest and, moreover, a free tool is running. Park areas and paths become a haven for runners. The tone, mood and ability to burn calories are attractive to many.

The correspondent of SE learned about the effectiveness of running for weight loss, as well as about the reverse side of a free medal.

Running brings joy – this is the main postulate of those who have sincere feelings for this sport. Joy is explained by physiology. When we run, the body releases a large amount of hormonal substances, including adrenaline, and in conjunction with it – endorphins.

As a result, we feel not only mental satisfaction from the fact that we are detached from the chair, but also quite physical: the joy of working the muscles. In addition, running is considered one of the most effective exercises for increasing overall endurance: the body is actively saturated with oxygen, the vessels are strengthened, the heart is working more actively, and the calories are wasted. 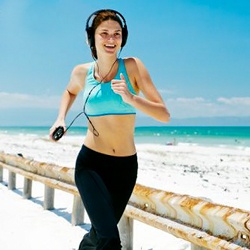 Doctors, when listing the advantages of running, are advised to remember those situations when one needs to be cautious. As doctors say, any of the chronic diseases can be a contraindication to training in the park. If you set aside the diseases that give an obvious prohibition (for example, postoperative conditions, severe chronic pain, cardiac or pulmonary disorders, arthrosis), several seemingly unobvious ones can be identified.

Firstly, it’s a flatfoot. Head of the Traumatology Department of the Road Clinical Hospital Evgeny Beregovoi said that the 2nd and subsequent degrees of flatfoot are already a serious reason to seriously talk with a doctor before running.

Risk groups are women who wear high heels from early adolescence, as well as those who experience pain in the feet by the end of the day.

Since the expression “do not feel the legs” is quite common for many, women often overlook the fact that they generally can have flat feet. 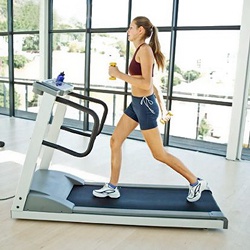 The second is varicose veins. Again, heaviness and buzz are the first signs of the disease, but not the norm. At the second stage of varicose veins, you can run, according to the phlebologist of the Katarzys Clinic Konstantin Kovalevsky, only in compression jersey – special stockings or tights.

Finally, running itself, especially prolonged, is stress for the body. So many doctors believe that walking, including fast, is much more useful: “Running is a stressful reaction of the body, it was created by nature to catch up or run away from danger. Walking – to move in space, so it is more physiological for the body “, – says orthopedist-traumatologist Denis Evmenov.

If you conduct a small survey of those who run around on the occasion (spring heat), especially if these someone are female, they will say that they run to lose weight. Here everything is not so unambiguous. On the one hand, running is an aerobic load, and at a good pace in half an hour of such training, fat begins to burn. Only not where you need to:

“First, more mobile fat will go away, in women it is primarily the breast. And the fat on the buttocks has a stable position from year to year, because running training will not have a local effect, for example, on the hips,

“comments Evgeny Beregovoi, dispelling the myth that running can achieve beautiful legs. “The main thing in which running is irreplaceable is training of the cardiovascular system, for everything else, including muscle training, there are methods much better than running. A woman can run six months, and can be like in a hall a month and a half – the effect will be the same, “he continues, making a special emphasis on the fact that when running, the small muscles of the vascular wall are trained first, which improves their tone. And because running as the only type of training to bring yourself in shape is inexpedient.

Senior instructor of the fitness club “Extreme-fitness” Kirill Ignatiev, talking about the treadmills, also noted that running on the simulator is used only as a cardio component in conjunction with power training. And there are no differences between the natural pathway and her fitness sister. If you run on the asphalt in a gassy city, the benefits of this will hardly be more than running under the air conditioning and on the rubberized coating that absorbs the blows.

Lyrical digression: too large caviar, which is so afraid of all the ladies who want slender legs, can be formed in any case. And they may not be formed at all. As explained by Eugene Beregovoi, the calf muscle volume is almost impossible to control, in some cases it increases instantly from the slightest load, in others it remains normal, even if you exercise professionally. If you are among the unlucky, avoid running into the hill and imitating it on the path: as Cyril Ignatiev reminded, it is in case of an increase in the load on caviar is maximum. 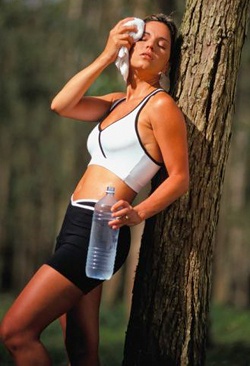 If you still decide to run, consider several recommendations.

• In any race, the correct damping of the foot is important. If you run, landing on the heel, it will bring irreparable harm to the spine. The leg should run smoothly on the entire foot when running. Important and the choice of sneakers – orthopedists point to the main rule: a quality shock-absorbing sole. Well, the famous “she breathes, quietly quiet”: comfort is not less important, sweating feet of pleasure will not bring.

• Time. Morning run, according to Evgeny Beregovoi, does not justify the expectations of cheering up – it’s a kind of stress, and that’s why you need to do it in the second half of the day. The duration of the training should be at least half an hour three times a week.

• Rate and pulse. Running so that you hang your tongue on your shoulder is harmful. Doctors consider the state to be optimal when you can calmly conduct a conversation without choking. Breathing should be free.

• Last and most interesting. To run has brought the effect, after training you should want only one thing – to sleep. Those who after the training (by the way, not only running, but any other) experience a superhuman zhon, they are deceitful, saying that they were exhausted: “If after an exercise, an appetite appears, it means that they have not worked out well enough,” concludes Denis Evmenov , recommending not to confuse training with a light jog, after which there is cheerfulness, activity and desire to eat shish kebabs. For a figure this is not useful, although for everything else – it’s nice.

The idea of having a baby fills me with an absolute, vice-like dread… because I’m a feminist 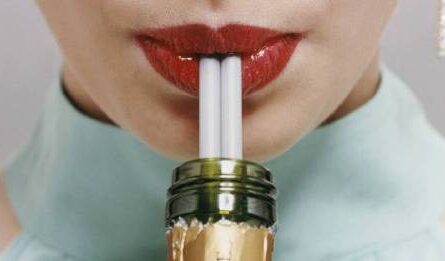 I have a successful career, money and a lovely boyfriend but I’m secretly an alcoholic