On Thursday, an 18-year-old man in Arkansas got drunk after having a “bad day,” reported Arkansas news station KFSM. Feeling guilty about his underage drinking, the man did what seemed logical – he called 911 to report a crime in progress.

A drunk teen called 911 on himself and insisted on his arrest, surrendering peacefully to very confused police officers.

According to a news release sent to Yahoo Lifestyle from the Van Buren Police Department, when officers drove to the teen’s house, he walked outside, surrendering with his hands up. “Here I am, I will go peacefully,” he said. Authorities advised him to go home and sober up, but the teen said that he should be jailed and that he had called 911 before anyone else could turn him in.

Officers consented, arresting the kid for public intoxication. They drove him to the Crawford County Detention Center, where his blood alcohol content was .112. If a person over the age of 21 has a  blood alcohol concentration of .08 percent or higher,  that person is considered legally impaired. For minors (under age 21) in Arkansas, the limit is.02 percent. Many other states have a zero-tolerance limit.

A teenager in Arkansas called the police on himself for underage drinking, surrendering peacefully to authorities. (Photo: Getty Images)

The teen was allowed to sober up in his jail cell before meeting his bond; the amount unknown.

Sgt. Jonathan Wear tells Yahoo Lifestyle that the department isn’t releasing the teen’s name. “He did the right thing.” 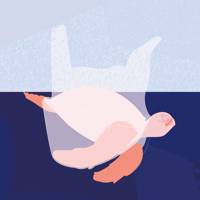 Internet praises man shielding student in a wheelchair from rain