Kim Kardashian is no stranger to breaking the internet with her barely-there selfies and artistic photo shoots, but she managed to do so with an image that didn’t feature any part of the reality star when she uploaded a Snapchat that could best be described as the most extra display of literal garbage we’ve ever seen: Louis Vuitton trash cans.

As soon as the photo hit the social media platform, the public was quick to react to the bougie bins, obviously assuming that Kim and her husband, Kanye West, managed to find a way to even make their actual garbage seem cooler than the rest of us.

Unfortunately upon closer inspection, it doesn’t look the bins actually belong to Kimye: the background doesn’t look anything like the location of the couple’s new Hidden Hills home, (although Kardashian offered no context or follow-up commentary surrounding the Louis Vuitton-printed receptacles).

Considering the current climate of the fashion world the image didn’t totally shock us. After all, we’re currently experiencing a major resurgence of the ’90s logomania trend, designers are plastering their branded logos and images on everything from household appliances to pasta and an artist even created a toilet made out of Louis Vuitton bags–but unfortunately it doesn’t look like the fashion house is behind Kim’s latest social media spectacle.

However, given the Twitter reaction that ensued, there just might be a market for the branded receptacles, which you can easily recreate with a little DIY magic. After all, someone’s trash is another’s (designer) treasure.

Actresses Wear The Pants At The 2018 Golden Globes 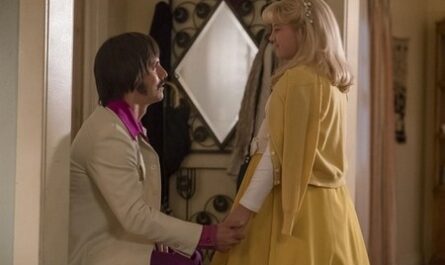 Season 2 Ep. 6 of ‘This Is Us’ Explores the Consequences Of Over-Protecting Your Children