When news of Sarah Everard’s kidnap and murder at the hands of serving Metropolitan Police officer Wayne Couzens broke six months ago, the nation was left in a state of mourning and rage.

Not just for the unimaginable pain and suffering of Sarah’s family – and for the bright life taken too soon – but for the sheer terror of male violence that women are forced to live with, and the lack of protection we are afforded against it.

Campaign groups – including the Women’s Equality Party – have demanded immediate action from the Government and police forces across England and Wales to tackle violence against women and girls with the same urgency they would a threat of national security.  What women have received are empty promises; worrying suggestions of extensions to police powers without proper accountability for police failings; and victim-blaming instructions to resist arrest from lone officers.

Yes, one “bad-un,” as Metropolitan police commissioner Cressida Dick put it, might now be serving a whole life sentence behind bars, but no length of time in prison can mitigate the societal failures that led to Sarah’s murder. 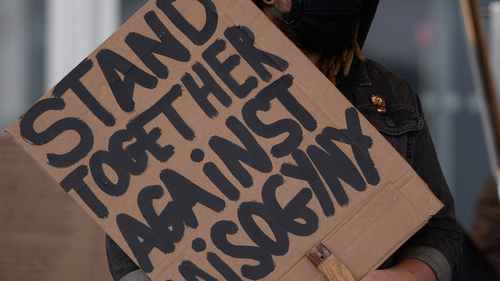 In the 28 weeks since Sarah went missing, there are approximately 81 cases where a woman has been killed and the suspect is a man, including Sabina Nessa, a 28-year-old teacher whose body was found by a member of the public in September earlier this year. If the statistics hold true, another two women stand to lose their lives in similarly horrific circumstances this week.

It will be a shock to absolutely no-one that Boris Johnson has refused to support misogyny becoming a hate crime – an initiative his own Home Secretary Priti Patel put forward following Sarah’s death.

No length of time in prison can mitigate the societal failures that led to Sarah’s murder.

Let’s not forget, Boris Johnson also faced allegations of harassment back in 2019. Charlotte Edwardes, a journalist for the Sunday Times, accused the PM of groping her at a private lunch on the eve of the Conservative Party Conference in 1999. Mr Johnson strongly denied the claims and, quite unencumbered by the apparent scandal, has since been promoted to the highest electable office in the country.

Instead, he told BBC Breakfast on Tuesday morning (5 October 2021) in typically bumbling fashion,“Rather than introducing new laws, what you need to do is enforce existing laws.”

“To be perfectly frank, if you simply widen the scope of what you ask the police to do, you’ll just increase the problem,” he continued.

“What you need to do is get police to focus on the very real crimes, the very real feeling of injustice and betrayal that many people feel.”

Something we can all agree on is that current laws protecting women from male violence are not being properly enforced. Prosecutions rates for rape are so abysmally low, it has effectively been decriminalised. Women are repeatedly failed by police investigations into stalking and harassment, and domestic abuse victims are treated with contempt in the family courts.

Police investigations are weak, and dwindling resources are part of this problem. But what the Prime Minister – and the inquiries launched into police conduct – fail to recognise is that the force itself is built upon the very same racism and misogyny that gives rise to perpetrator behaviour, like that of Wayne Couzens, in the first place.

Aside from lewd WhatsApp groups and questionably dark humour, there’s evidence of perpetrator behaviour being tolerated among police ranks. A report by the Byline Times found that more than half of Met Officers found guilty of sexual misconduct kept their jobs. Analysis by i showed that 604 officers in the UK faced misconduct investigations over sexual abuse complaints. Only 119 were dismissed without notice.

Last week, thousands of women took to Twitter to share their experiences of police misogyny using the hashtag #EnoughisEnough. This is one of many experiences read out by campaigners at the gates of Scotland Yard that same night: 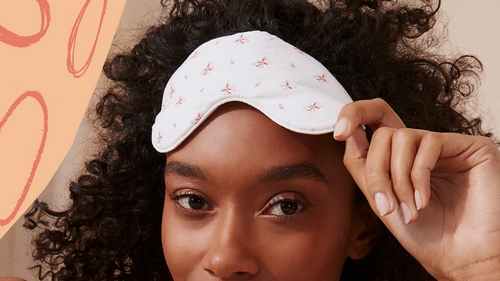 The best earplugs for sleeping if the buzz of the streets

All the celebrities who’ve welcomed babies this year, including the arrival of KJ Apa and girlfriend Clara Berry’s first baby