The in-between can cause problems, if not handled efficiently.

When Vogue Runways Luke Leitch visited Ballys showroom in February to review the brands Fall 2018 collection, he was met by someone whom he calls a "super-charming" member of the companys "creative collective" — a hierarchy comprised of three separate design heads for different product categories — who was "not authorized to speak on the record." The enthusiasm this designer exhibited was not lost on Leitch, but he noted in his review that the wider industry doesnt seem to share that same sense of engagement toward the Bally narrative — "hardly one of fashions most compelling stories," he wrote.

Ballys story is not unlike other luxury brands, whose in-house design teams — the majority of which are largely unknown to the greater public — have been tasked with carrying the brand forward without the clear vision of a single creative director. Such is the case for both Nina Ricci and Lanvin, at least temporarily, whose studio teams will be designing collections in the interim following the exits of Guillaume Henry and Olivier Lapidus, respectively. These transitional seasons, which are typically among the most commercially viable, can cause problems if not handled efficiently. However, houses have certainly succeeded in developing strong brand narratives despite the creative interruptions that occur when an artistic lead departs.

"I believe that if the creative team has a strong story to tell — not just [through] collection notes, but [by shaping] the narrative for the brand that will be communicated throughout the entire season — its fine not to have a head designer," says Vanessa Von Bismarck, founder and partner of BPCM, a branding, PR and communications agency with offices in New York, Los Angeles and London. "A designer is nothing without their creative team, so at the end, all the members of the creative teams are designers in their own right."

Yet, brands that find themselves between creative directors may occasionally choose to skip the fashion week calendar altogether while they sort out their strategy internally. Courrèges and Mugler, for instance, were both notably absent from the Fall 2018 ready-to-wear shows amidst their respective transitional seasons. A representative for Courrèges confirmed that the house did "not wish to communicate" their studio-designed Fall 2018 collection to the press this season. (New Artistic Director Yolanda Zobel didnt begin at the house until Feb. 26.) While Muglers new Creative Director Casey Cadwallader started on Jan. 8, nearly two months before the Fall 2018 season, a spokesperson noted that "it was important to the house and to Casey to take the time to get to know the studio and atelier teams and to not rush ourselves into a first collection" so to properly define Muglers next era.

For the brands that do go on with studio-led seasonal presentations, however, the lack of a single creative director and that persons underlying vision can sometimes present a different set of challenges. "We reviewers tend to look at these collections with another eye because, of course, theres always a team behind the collection, but having a creative director is like having a spokesperson for the whole team," notes Angelo Flaccavento, a contributing editor at Business of Fashion. "Theres this assumption that its a safer job, like the team is working on the codes — not going on autopilot, but trying to be a little bit more orthodox to the codes of the house." And while these "safe" collections can still push product into stores, more often than not, these behind-the-scenes designers arent being given the platform to present themselves to the fashion world at large. Their voices and even names continue to be kept confidential, similar to the Bally example discussed above.

Von Bismarck recalls similar experiences, in which shes walked editors through a collection that had been designed in-house and had to answer to whom was speaking on behalf of the range. "The brand would say, Well, there isnt really anybody, and Im like, Guys, that doesnt work! Somebody designed this collection, so whomever that was, I dont need to do a huge profile piece on them if you dont want to, but I want them to be able to speak about the creative process," she says. These decisions, though, are ultimately made by management — and how management approaches an in-house team also has an effect on whether a designer will rise to the occasion or continue to remain anonymous.

Karen Harvey, CEO of Karen Harvey Consulting Group which has worked with such prestige brands as Burberry, Céline and Proenza Schouler, recognizes the difficulty when a transitional team is really just that. "Its very difficult when a team is not empowered — when even the most senior person on a transition team isnt empowered — because that individual cant push as far as he or she would push. Even if there was a greater vision, theyre often not able to put that in motion," she says. "Its like keeping the brand going, but sort of in a holding pattern. And if we look back in the past when this has been the case with other brands, it has hasnt normally worked out very well."

In stark contrast to this point is Guccis lucrative transition process from Frida Gianninis tenure to that of Alessandro Micheles, thanks in no small part to the rapid succession plan employed by CEO Marco Bizzarri. "Whats crucial today is the relationship [between] the CEO and design team because thats where the team can get a leader, internally or externally, while the brand finds a real direction creatively," explains Flaccavento. Indeed, Bizzarri wasted no time in setting a new course for Guccis future by entrusting a then-unknown figure in Michele to pen its next creative chapter. Dior also notably entrusted two members of its design team, Lucie Meier and Serge Ruffieux, to carry the weight before the eventual arrival of Maria Grazia Chiuri, thus giving them a platform thats enabled them to build their reputations publicly. (Both designers are now heading up Jil Sander and Carven, respectively.)

When brands take too long to find that next creative leader, especially when no one individual from the design team is given a larger profile, they can risk entering a period of irrelevancy. Going multiple seasons with an anonymous in-house team, as Roberto Cavalli and Escada have done in the past, can lend to an air of uncertainty. But according to Von Bismarck, the mistake has more to do with a lack of storytelling that season than the lack of a creative director. "[Brands] need to have more confidence," she says. "I think its the brands fault because when they dont have a creative director, they think theyre a little bit in limbo so they stay super-quiet, and thats exactly the wrong thing to do."

The reasons for these search delays differ for each brand, but Harvey suggests that the waiting period often has more to do with legal contracts and paperwork than an inadequate talent pool. "All of these contracts have notice periods on both sides, so the company has the ability to notify the creative director [and vice versa] that they may want to go in a different direction, and it could be anywhere from six months to as short as three months," she says. "Sometimes the searches take very long, but its also the notice period that the incoming creative director would have." Harvey goes on to add that designers will then have what she calls a "garden week" period, in which they cant work for a competitor. "Unless youre already free and available, it does seem to take an eternity," she says.

In this case, however, some brands are content with utilizing their in-house design team for multiple seasons. Both Tods and the aforementioned Bally have gone multiple seasons without a creative director, and Flaccavento explains why: A public-facing creative director is needed for "a strong fashion statement" for consumers, editors and buyers alike. "One thing about brands like Tods and Bally is that they have always been perceived as non-designer brands," he says. "What they do is updated classic Italian leatherwear, so its not important to be so fashion-forward. Its more about the lifestyle and not about the designer." Emilio Pucci, despite its fashion-forward history, has still not found someone to lead the brand creatively. "Theyre doing quite fine, but there is no voice in the brand," says Flaccavento. "Its like its not speaking because theres no one speaking."

As the head of London College of Fashion and pro vice-chancellor of University of the Arts London, Professor Frances Corner questions whether the industrys fixation on the sole creative director, as a concept, should be the standard every house should follow. "The problem for me is that creatives are faced with increased pressure to turn around a brand instantly," she says. "If you make a mistake, it goes badly wrong and youre out. Creativity, however its defined, needs time to be figured out." Dr. Corner compares fashion to being a team sport: Brands need creative input from all levels of the brand, along with the director at the helm. "You wonder whether the current model is in a state of flux," she continues. "Creativity is important, but can it all be solved by one creative vision? Or instead by a lot of these voices coming together?"

Indeed, fashion loves the virtuosity of a buzzy designer. But Von Bismarck argues that houses with a rich archive and visual history dont necessarily need to be looking for a capital-N Name. "These brands truly have an opportunity to tell a fantastic story," she says. "They really dont need that up-and-coming creative director that makes them hot for the season; they risk their brand every single time they do that." 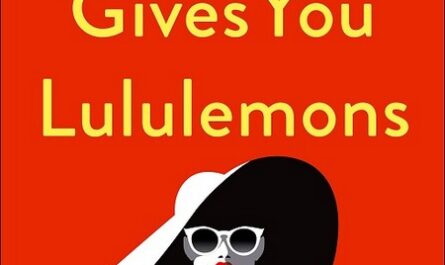 There’s A New ‘The Devil Wears Prada’ Book, And You’ll Love Who It’s About