Siberians react sharply to warming due to changes in the hormonal background and temperature changes. Headache, weakness, fatigue and a completely inactive mood – many experienced similar symptoms last week when a thaw occurred.

Unfortunately, not only the elderly, as it always was, but also quite young people become dependent on weather changes. This interferes with the work and normal rest, because the headache is capable of driving anyone crazy.

Why some of us react so much to the weather and how to make life easier, the correspondent of SHE learned.

The weather is known to determine many factors: atmospheric pressure, temperature, humidity, ozone and oxygen content in the air, magnetic storms. And each of them, changing, has an impact on our health: the body is forced to adapt to change. 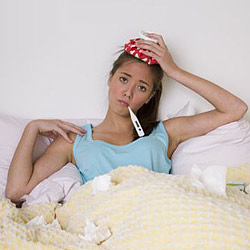 The question is whether we feel these changes or not. The term “meteorological dependence” is usually understood as unpleasant symptoms when a person begins to react to changes in temperature, pressure, magnetic field and humidity so much that it interferes with his normal life.

Traditionally, it was believed that only people of age respond to weather – their adaptive abilities are reduced, but today, meteosensitivity is increasingly manifested in young people who, due to weather changes, lose their strength and are completely inoperable. “There is evidence that 50-75% of the total population is sensitive to the weather, and it is not necessarily sick people. Often influenced by banal fatigue, lack of sleep and psycho-emotional overload, as well as the state of pre-illness, when a healthy person as a whole can react to the weather, “Elena Zoutat, the therapeutist of Zdravitsa, said, adding that meteosensitivity is more female:

If you take all the sufferers for 100%, then about 70% of them will be women. As creatures dependent on a constant change in the hormonal background, women react more strongly to external factors and are generally more vulnerable. 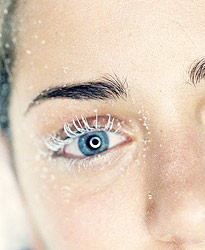 People with chronic illnesses, primarily nervous and cardiovascular systems, are more likely to feel the weather. Vegetosovascular dystonia (VSD) – a condition associated with impaired coordination of the nervous and vascular systems, today is very common in many. VSD can be formed for various reasons: after injuries, illnesses or overwork, but there is also a constitutional one, when a person is born with it. As the therapist of clinic “Dune” Natalia Tolkacheva has told, the big role is played by the psychological factor: the people inclined to be pleased, including to changes of weather, suffer less often during these periods. But there is also a feedback: those who have autonomic regulation disrupted are more prone to hypochondria and a lower overall vitality in general.

As Elena Obut has told, the type of climatic conditions in which a person lives has a huge influence. There is an indifferent type of conditions where meteorological oscillations are so insignificant that they are simply not felt. There is a type of tonic – for example, the Mediterranean climate with high humidity and uniform temperature has a beneficial effect on the respiratory and cardiovascular system. In Siberia, however, a spastic type predominates, characterized by sharp changes in temperature and pressure. According to the press-secretary of the Novosibirsk Center for Hydrometeorology and Environmental Monitoring Renad Yagudin, for Russia’s temperate zone, in general, the variability of the weather is characteristic, in winter the variability is even greater, with sharp temperature throws.

“In this regard, the Novosibirsk region and adjacent regions are not quite favorable and comfortable for the population. Our country is the coldest in the northern hemisphere, the average annual temperature in Russia is minus 4.1 degrees, “the meteorologist reminded, adding that” there is no quiet place in Russia “.

“When weather conditions change, either a spasm or a sharp widening of the vessels occurs: because of this, there is a headache, weakness, dizziness and malaise,” says Natalia Tolkacheva. With a sharp cooling, the pressure rises, and with it – the pressure in hypertensive patients: it is for them that the changes in the weather are literally dangerous for life. Therefore, people with hypertension in this case it is important to have with them drugs for emergency care. Hypotonics are more likely to experience malaise when snow falls, thaw. “When the level of oxygen falls, the tone of the vessels decreases, there are severe headaches,” Elena Obut explains. The best way to relieve the condition for this type of people is to go out into the air and actively walk, run, ski: that is, forcefully increase oxygen consumption. 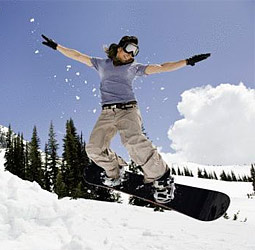 Meteozavisimost requires treatment in the first place a chronic disease. It does not matter if your heart, stomach or knee hurts: in the autumn all diseases become worse, and therefore it is worthwhile to undergo a course of preventive treatment.

The best way to recognize what exactly caused the meteorological dependence, as Elena Obut explained, is to give yourself a breather for a week or two. If after rest or vacation the symptoms persist – then you need to undergo a course of examination from a neurologist. The same applies to those who are constantly harassed by headaches during the off-season: they can not be “dumped” on the weather.

The main and, as some doctors believe, the only prevention is the right way of life: more walking and exercise. Particularly useful are the stresses that train the cardiovascular system: they make you more enduring. Tempered. Contrast shower in the morning “accustoms” the vessels to work adequately: to narrow and expand when it is required, and not at their own will.

Learn to listen to the weather forecast: if a sharp warming is expected, the hypotonic should reduce the rate of work, and in the morning prepare an infusion of Eleutherococcus or Schizandra and on a dangerous day try to consume vitamin food that will charge with energy. Hypertension is to sharply limit yourself to salt and measure blood pressure twice during the day. As doctors say, the most important thing is to learn to accept your characteristic calmly: the ability to adapt to changes in life is always useful, and changes in the weather are not the worst thing that can happen if one is ready for it.

How Felix White is helping other children battle the cruel disease that took him away, aged six 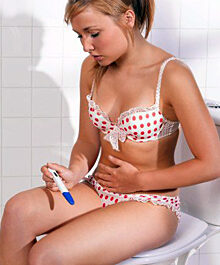 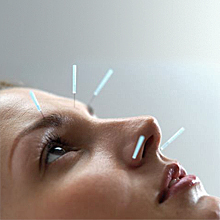