The stunt-loving actress is now back in Wonder Woman 1984, the follow-up to the record-breaking first installment which made an eye watering $821.8 million, and is better than ever as she contends with a new decade and new enemies – namely a new arch nemesis played by Kristen Wiig.
Gal Gadot is a real-life Wonder Woman. The Israeli actress and mother of two daughters served two years in the Israeli defence services working as a combat instructor, studied law and international relations, even found time to open a hotel in Tel Aviv – which she later sold for $26 million – and to train for the role of Wonder Woman she mastered swordsmanship, Kung Fu, kickboxing, capoeira and Brazilian jiu-jitsu.

Oh, and when reshoots on the first installment of the Wonder Woman franchise were required in November 2016, Gal was five months pregnant with second child, Maya.

For this week’s GLAMOUR UNFILTERED – our biweekly chat show hosted by Josh Smith – Gal Gadot reveals that the greatest struggle she faces, aside from the small fact of intense stunts and ya know wielding the magical whip of Wonder Woman, is juggling motherhood, her career, her mental health and her self-critic… 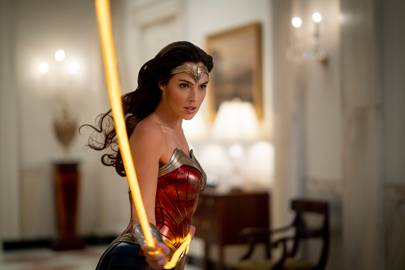 Wonder Woman is fundamentally about using the personal struggles we go through to ultimately empower us. What struggles in your life to empower you?

I think it’s being able to prevail in some difficult or complex or really stressful situations and really going through them and prevailing. That is when I feel like I’m empowered, when I am facing them.

What kind of stressful situations do you feel like you have to push through?

Oh babe, just, you know, just the normal stuff and that’s being a working mom. You have to balance between having a career and having a family. It’s something that is always a handful and my career takes a lot. And, of course, my family takes a lot and I have two very young children. So, finding the balance and always trying to do my best is my biggest thing. 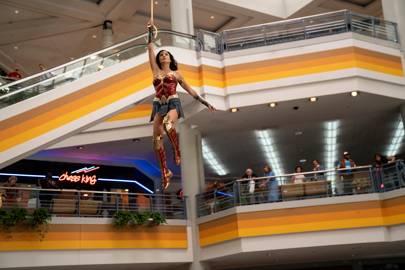 I mean the juggle is real isn’t it!

Wonder Woman is also about her facing her physical and mental strength. What has this role taught you about your own mental and physical strength?

That was so hard! This movie was just like the hardest movie I’ve ever got to work on both physically and emotionally especially with the longevity of everything. We shot the movie for eight months and we prepped for it for four to six months ahead of the shoot, it is just a lot!

And the fact is I’m a perfectionist with everything that I do so wherever I am I try to give my everything. What empowers me is knowing that I give my best every day, everywhere and to everyone. I did it and you take it day by day until you do it. You just learn how to perfect it, how to make it work better for you and how to handle everything. That is my biggest struggle.

Do you have a self-critic and how do you manage it? 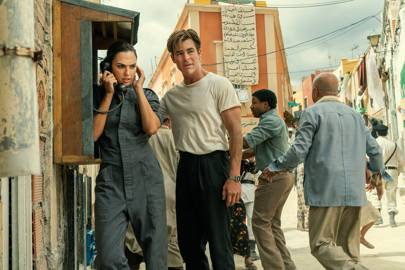 Bedding at Welsh retailers, so has the lockdown overstepped the mark?