The UK’s Chief Medical Officer has warned we risk returning to a world where common infections and minor injuries are deadly if the antibiotic-resistance crisis continues.

Dame Davies is calling for better regulation of antibiotic prescriptions, as well as encouraging the new development of new medications.

Figures suggest up to 50,000 people die each year due to antibiotic-resistant infections in Europe and the US alone.

Globally, at least 700,000 people pass away annually due to antibiotic-resistance complications from illnesses such as malaria, AIDS and tuberculosis.

Experts have previously warned antibiotic resistance poses ‘as big a risk as terrorism’.

A lack of new drugs combined with overprescribing is thought to have driven antibiotic resistance, which, according to the World Health Organization (WHO), ‘has the potential to affect anyone, of any age, in any country.’

WHAT IS ANTIBIOTIC RESISTANCE?

Antibiotics have been doled out unnecessarily by GPs and hospital staff for decades, fueling once harmless bacteria to become superbugs.

The World Health Organization has previously warned if nothing is done the world was headed for a ‘post-antibiotic’ era.

It claimed common infections, such as chlamydia, will become killers without immediate answers to the growing crisis.

Bacteria can become drug resistant when people take incorrect doses of antibiotics, or they are given out unnecessarily.

Chief medical officer Dame Sally Davies claimed in 2016 that the threat of antibiotic resistance is as severe as terrorism.

Figures estimate that superbugs will kill ten million people each year by 2050, with patients succumbing to once harmless bugs.

Around 700,000 people already die yearly due to drug-resistant infections including tuberculosis (TB), HIV and malaria across the world.

Concerns have repeatedly been raised that medicine will be taken back to the ‘dark ages’ if antibiotics are rendered ineffective in the coming years.

In addition to existing drugs becoming less effective, there have only been one or two new antibiotics developed in the last 30 years.

In September, the World Health Organisation warned antibiotics are ‘running out’ as a report found a ‘serious lack’ of new drugs in the development pipeline.

Without antibiotics, caesarean sections, cancer treatments and hip replacements would also become incredibly ‘risky’, it was said at the time.

‘Drug-resistant infections are the defining challenge of our age’

Speaking at the annual Commemoration Oration at King’s College London, Dame Davies said: ‘Drug-resistant infections are the defining medical challenge of our age.

‘Political recognition and commitments have put this onto the global agenda but our focus now must be to turn these commitments into real, tangible actions on the ground.

‘There is now a huge challenge for the pharmaceutical, research and medical sectors ahead.

‘We must find ways to develop new antibiotics and alternatives as well as preserve the ones we have now – otherwise we risk returning to the days where simple infections can kill.’

How serious is the antibiotic resistance crisis?

Professor Sean Brady, from The Rockefeller University, New York, said: ‘Despite the wide availability of antibiotics, infectious diseases remain a leading cause of death worldwide.

‘In the absence of new therapies, mortality rates due to untreatable infections are predicted to rise more than tenfold by 2050.’

The WHO has also classified antimicrobial resistance as a ‘serious threat’ to every region of the world.

Penicillin, the first and most famous antibiotic, was discovered by the Scottish microbiologist Alexander Fleming in 1928.

Yet, less than a century after Fleming’s discovery there are precious few antibiotics left and many superbugs are already resistant to all of them.

New antibiotic has literally been unearthed

This comes after research released earlier this year suggested that, for the first time in 30 years, a new type of antibiotic has been unearthed, buried in dirt.

The antibiotics’ unique approach to killing pathogens targets bacteria’s cell walls, which did not cause drug resistance in the laboratory, a study by The Rockefeller University found.

When tested on MRSA skin infections in rats, the rodents experienced no side effects, giving the researchers hope they may have discovered a non-toxic alternative to current antibiotics.

Soil is thought to be a good source of antibiotics due to its low-nutrient content forcing different bacteria species to fight against each other for survival, making them ‘stronger’.

Tobacco is a bigger threat to human health than illegal drugs According to experts, a woman should not have unpleasant sensations before menstruation 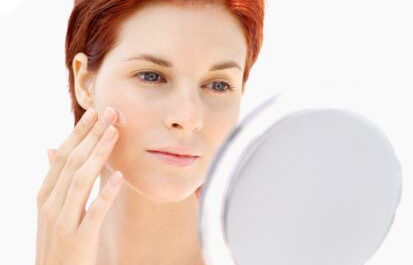