Here at Fashionista, weve been keeping very close track of every time Meghan Markle wears a thing — from a revolutionary (for a future royal) Alexander McQueen pantsuit to a Mackage coat and Greta Constantine skirt ensemble (and signature messy bun) for a surprise jaunt to Ireland. But the former "Suits" star, entrepreneur and humanitarian will be wearing her most headline-making thing yet when she marries Prince Harry on Saturday, May 19.

Per usual Royal Wedding lead-up, the label and style of the gown are top secret — barring any accidental paparazzi-captured moments of a designer sneaking out of a last-minute fitting in disguise — but speculation abounds. Is the designer from a British house, in homage to her new home, or good friend and U.S.-based (but still British) Misha Nonoo, whose odds are looking good? Just how modern can she go for walking down the aisle in St. Georges Chapel at Windsor Castle, where her father-in-law-to-be Prince Charles married Camilla Parker-Bowles in 2005? (Canadian cousin-in-law to be Autumn Phillips found a sneaky workaround for a strapless silhouette by covering her shoulders with a lace bolero.) And will Megs re-wear the gown when she maybe plays herself on season seven (or so) of "The Crown?"

Well, we have some answers — to the first couple questions at least. While out and about at Bridal Week, we asked the experts. Editors, salon owners and designers, including U.K.-based Savannah Miller, who shared her very British (and no-B.S.) prediction, shared their thoughts, plus Theias Don ONeill and Romona Keveza, who both showed their own Royal Wedding-inspired collections. Read on for what the insiders think the future (most likely) HRH The Duchess of Sussex will wear on her wedding day.

"I think Meghan is likely to wear Ralph & Russo. They are the only couture house besides Alexander McQueen based in London and she really should wear a British-based design house marrying in to the British royal family. I would love to see her wear an unknown designer and give someone a real boost, but given the glamour levels of her service, I think that may be a bit risky.

She has such an effortless elegance that to see her in something really simple and classic would be a real thrill so that it is all about her, not the dress. I hope that if she does wear Ralph & Russo, they tone it down and make something understated but elegant. For a long time my money was on Erdem being a Canadian who is U.K.-based, but as he doesnt do couture, its probably a long shot."

"Shes a wild card. It really depends on who she has around her. If she has trusted fashion advisors around her, I think we can see her being her ideal self in clean, simple lines. But if shes around people that force their ideas — rather than allowing Meghan to be herself — its a wild card. We were all shocked with the Ralph & Russo dress — dont get me wrong, its a beautiful dress — but not for an official engagement. So we dont know whats going to happen. Im just as curious as everybody else!"

"The dress designer is still anyones game, but I wouldnt be surprised if she chose Roland Mouret or Misha Nonoo — who are both her good friends. Shes broken so many royal traditions at this point. I could see her taking this route and not going with an English designer like brides of the British royal family historically have. Her royal style so far has been fairly tailored, modern and minimalist, so I would love to see Meghan do something bold and fresh on her wedding day in the same way. In the past shes mentioned she loved Carolyn-Bessette Kennedys iconic wedding day look by Narciso Rodriguez, so seeing her in something equally as minimalist, yet sophisticated would be amazing."

"My guess is Meghan will break a few rules, but still have a beautiful traditional gown. Will she go with an off-the-shoulder or will that not be allowed? Where can she push and where not? I think well still see a lot of lace, beautiful beading and buttons on her dress. I think she will have a just tremendous veil. It will be beyond. It will be classic and traditional, but she will have some beautiful orientation or décor on it. She has such a great sense of style, so she will do a really job of bridging the tradition and the Royal with her Hollywood — and American — background."

"Because Meghan is such a sexy, modern, young lady thats not particularly part of the royal protocol, I see her in a fitted, sexy — maybe a mermaid — dress, but definitely with a high neck and probably a long sleeve for the occasion, and to be appropriate. I dont see her in a ball gown. Although, my finale gown is what Id like to see her in: the gorgeous tapestry with the plunging neckline."

"Shes very classic with a fashion twinge. I think the dress will have very clean, linear lines with beautiful detail — maybe on the bottom. Thats how I personally see her. What she shows up with? You never know."

"Im scratching my head over that because she is a second time bride, but I think shes going to pull out the stops and wear something very regal. I would imagine something very chic and understated. It would cover the shoulder, probably have three-quarter sleeves and very long train. Reem Acra has a dress thats long Mikado sleeve with a bustle in the back — just plain, pure regal. To me, thats the epitome of what a royal should look like. Stunning."

"We envision Meghan Markle in a dress thats powerful in simplicity. Similar to Amsale gowns, we predict the dress will have a touch of drama with a single striking detail, offset by a clean, form-fitting silhouette."

"I think shes gotta go classic American, which is hard. My first gut would be Oscar [de la Renta] or Carolina [Herrera]. Some kind of custom Oscar piece. But shes gotta cover the shoulders. Shes gotta stick with the tradish. Shes gotta show up for those ladies, the ancestors. But its going to be be clean and sporty, but very ladylike."

"Wed love to see her in a sheath style thats fitted throughout; a modern gown for a new-age princess whos not afraid to shake up old traditions."

“I see Meghan wearing a minimalistic, yet spectacular gown. I envision a lot of couture details such as plissé, drapé and, of course, embroidery for that royal touch. [I also envision] a fitted and structured dress with a large over-skirt and a long train for that wow factor. Long-sleeved dresses are always timeless and very elegant especially for a Royal Wedding."

"My vision of Meghan’s bridal look is sophisticated with a modern and feminine touch — without being too revealing. A perfect dress for a young royal bride would be an A-line gown with an impressive skirt and a cathedral train finished with gorgeous lace applications. The top of the dress can be form fitting, which is perfect with French stretch lace, and both the top and the sleeves can have sheer lace details. All the elements of the gown should incorporate a sophisticated and royal feeling. It is important to balance the traditional royal feeling with the modern style of Meghan."

"I would love to see Meghan wear a lace fit-and-flare gown with soft beading and a detachable silk zibeline train. I imagine the gown having a deep-V neckline with lace sleeves and buttons running from the wrist to elbow. The dress will be elegant and sophisticated with a modern touch."

"Meghan is an intelligent and accomplished woman, and I expect her wedding dress style to reflect both her confidence and femininity. I believe Meghan would look beautiful in an impeccably fitted A-line dress that underlines her lovely silhouette in a suitable manner for a royal wedding at St. Georges Chapel, Windsor Castle. Flawless construction is vital for comfort while exquisite materials and details of this timeless silhouette would playfully and appropriately highlight her radiant personality while honoring tradition."

"Id love to think Meghan will strike the perfect balance between tradition and modernity with her wedding dress choice. My prediction is that she will go for a slim crepe wedding dress with some touches of lace accents. Perhaps a lace sleeve for a demure look, but a fitted crepe skirt for a fresh silhouette that reflects the kind of innovator and rule breaker that she is!"

"I imagine Meghan wearing a very feminine dress, but with the same elegant style she has been seen in these past few months. An assertive and glamorous design, just like the woman she is."

"Meghan Markle should hold true to her own personal style of tailored and feminine. I would love to see her in an off-the-shoulder look to emphasize her delicate features. Chosen by One Day Sadie [above] and Lover Society Carter would both be amazing choices for Meghan! I love that Chosen reflects her tendencies towards crisp structured silhouettes, yet Carter would be an unexpected and soft look. Either way, I would love to see her break the mold and go with a fitted style."

"Since she is an American marrying into the royal family, I could see her wearing something contemporary in the royal world, while still paying respect to tradition. I would love to see her in a beautiful fabric like silk crepe or a soft duchess silk satin with a bateau neckline to frame her face. I expect minimal embellishment and fine details of lace."

"Monique Lhuillier, and heres why: Meghan Markle is a classic American girl marrying British royalty. I think the modern princess will pay homage to her American roots —Monique is based in Los Angeles, where Meghan is from — and incorporate traditional British flourishes as a nod to her future. Think: English rose appliqués, vintage lace or intricate pearls inspired by Princess Dianas gown, and most definitely a sweeping monarch train. Choosing an American designer may be controversial… but since when did Meghan and Harry shy from controversy?

As for bridesmaid dresses, I envision a mix-and-match palette of springy pastel hues: nudes and dusty pinks or mauve and wisteria. Meghan strikes me as a modern romantic, so I can see her bridesmaids wearing soft, simple silhouettes in dreamy fabrics, such as silk tulle or airy chiffon. And, by the way, her bridesmaids definitely wont be wearing off-the-rack — these gowns are going to be custom." 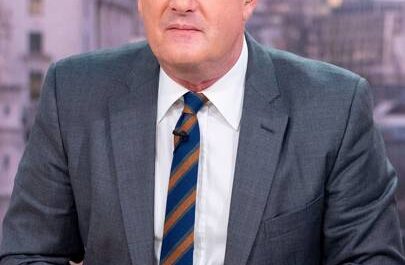 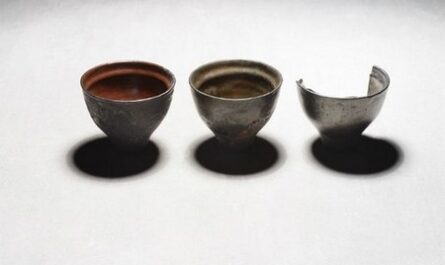 6 Ways to Wabi-Sabi Your Home and Embrace Imperfection