The Queen’s Gambit is Netflix’s most watched series to date. Chess master Beth Harmon (played by Anya Taylor-Joy) captivated viewers with her wit, passion, and intensity, but it was her ’60s wardrobe designed and sourced by costumer Gabrielle Binder that gave the series its iconic element.

Wonder where the costumes are now? Taylor-Joy stopped by The Late Show With Stephen Colbert to share how she was gifted all of her character’s outfits, her affinity with Beth Harmon, and why she sadly won’t be able to wear any of those gorgeous clothes.

“When I first read the book, I was so in love with Beth, instantly”, Taylor-Joy told Colbert. “And I think people follow passion, so I felt impassioned by chess when I finished reading the book.

However, that being said, I think there’s thinking something will go down well and then there’s the mind-boggling numbers that you’ve just discussed with me. So, I don’t think any sane person prepares for something like that.” 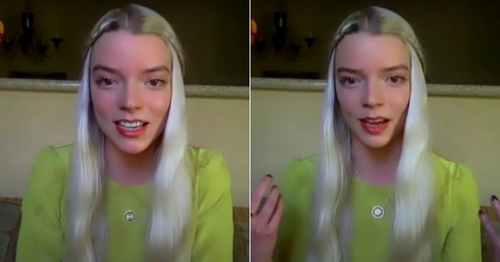 “Do you get to keep these?” asked Colbert. Taylor-Joy explained that “because Gabrielle and I worked so closely during the show, she just said ‘Honestly, babe, they’re yours. We found them together and you, Beth, the line is very blurry, so you should just take them home’. And I was just overwhelmed by that kindness because I really wanted to keep a bit of Beth with me,” said Taylor-Joy. “However, the show is so successful, those clothes are currently in a museum.

So, I do not know when I will get my clothes back.” She added that she cannot wear them outside anyway because although they are so beautiful, people might think she has lost her mind, and she could never get hired for another job again, she joked. “These beautiful costumes will parade around in my room for my own enjoyment.”

Cobra Kai Has Already Been Renewed For Season 4, So When Will It Be on Netflix?

After binge-watching all of Cobra Kai season three, you’re probably ready for a whole new batch of episodes. How could you not after that cliffhanger ending? While the Netflix series has already been renewed for season four, we’ll likely have to wait until 2022 for new episodes. 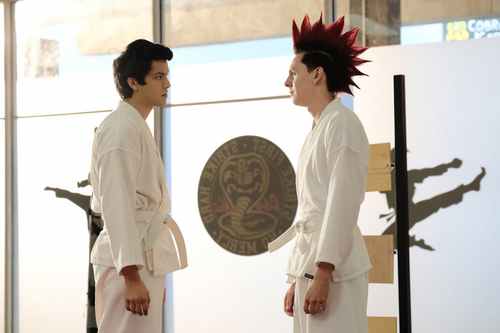 In October 2020, executive producer and co-showrunner Jon Hurwitz revealed that the writers were putting the final touches on season four. “Scripts are rolling in,” he wrote alongside a photo of him on a Zoom chat. “Excited we’ll have everything written and polished by the time we start filming. It’s going to be another kick ass season!”

In addition to the scripts for season four being completed, it sounds like filming is set to kick off in early 2021. In November 2020, Hurwitz tweeted that he was planning to go into production for season four in “early 2021” assuming that they can keep everything on set safe amid COVID-19 protocols. “We’ll see how things are looking after the New Year,” he continued. “Hopefully we can get the numbers under control.”

Assuming everything goes as scheduled, Hurwitz teased that we’ll likely get season four “roughly a year after season 3.” Seeing season three premiered on Jan. 1, 2020, we’re probably looking at an early 2022 release date for the fourth season.