As if having to contend with certain facts of single life (killing your own bugs, all the well-meaning but awful inquiries about your “biological clock”) wasn’t enough, the mere terminology surrounding dating in the age of Tinder and Bumble has gotten increasingly complicated. 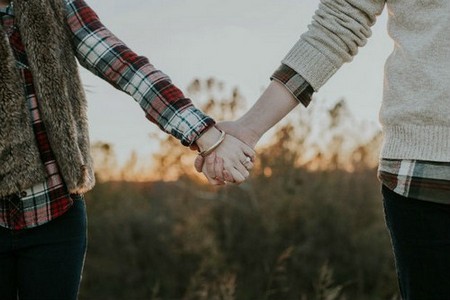 Sure, you know what “ghosting” is, but what about “cushioning”? Are you familiar with “pubbing”? How about “breezing”? If you’re feeling lost by the practices of those seeking love (or something like it) these days, don’t worry, we’ve got you covered with this guide.

This one comes courtesy of Khloe Kardashian, whose app defines it as basically overloading on the romance at the beginning of a relationship so that the other party doesn’t have a chance to see any of your glaring flaws or whatever. As anyone who has ever dated before can tell you, this works for approximately three weeks before the Love Bomber either gets too exhausted by the charade to continue, or their conquest begins to slowly see through the whole act. “Love bombers don’t like this and will turn against you, and that’s when things can get dark,” says Kardashian’s app. “If you sense your relationship is headed in this direction, be careful and cut this toxic person out of your life immediately.” Fun!

Also known as “benching” and described by many as “the new ghosting,” cushioning is some Grade A f***boy (or girl) behavior. It’s the practice of stringing several people along (your cushions, so to speak), so that when the person you’re really interested in (let’s call them your couch?) inevitably crushes your heart into a thousand little shards, you have a couple people in your back pocket to make you feel like less of a loser. Except, the thing is, leading people on like this is extremely loser-y behavior. The worst part about cushioning? Short of stealing your prospective partner’s phone and having a scroll through it, it’s difficult to tell when you’re being made a victim of it.

Breadcrumbing has also been described as “the new ghosting,” which is probably because it’s not all that different from cushioning, just lazier and also less evil. Breadcrumbing is the act of sending out lots of flirty – though ultimately noncommital – texts or DMs (aka breadcrumbs) to a bunch of people (who, I guess, technically, you could be said to be cushioning) in order to keep them interested without actually having to put forth the effort of going on a date. Breadcrumbers are rarely interested in anything other than the satisfaction of knowing someone thinks they’re hot, so if you suspect you’re being breadcrumbed, don’t give it to them.

If you took English Lit (or just watched the movie), you know that F. Scott Fitzgerald’s Gatsby was kind of a show-off. Gatsbying is what happens when the eccentric millionaire’s peacocking tendencies are translated to the digital age. “Posting a Snapchat to your story and then waiting for that one specific person to watch it, is the modern day equivalent of Gatsby throwing elaborate parties seeking Daisy’s attention,” writes a Reddit user named Cupcake Warrior, who is credited with coining the term. It’s worth noting that this timid attention-seeking didn’t work for Gatsby, and it probably won’t work for you either.

You know that person you swiped left on two weeks ago who suddenly slides into your DMs on Instagram asking you to get a drink? Yeah, that’s a Tindstagrammer. For whatever reason, they refuse to accept that you weren’t interested when you saw them on whatever dating app and you’re probably not interested now. Run, don’t walk, from these folks.

Quite possibly the ickiest dating behavior of them all, stealthing is when a dude removes the condom during sex without alerting his partner. Yeah, it’s a thing, and it’s not only disgusting, it’s downright dangerous. In fact, it’s so concerning that Yale Law School grad and Skadden Fellow Alexandra Brodksy wrote a paper on it for the Columbia Journal of Gender and Law, and lawmakers in some states have taken steps to make it illegal.

This one’s been around for a long time, but it’s confusing, so let’s go over it: “Talking,” as innocuous as it may sound, is actually a euphemism for the squishy middle ground between “just friends” and “steadily dating.” You know, that butterfly-inducing period where you have a crush on them, and they have a crush on you, and maybe you’ve done stuff, maybe you haven’t, but you both know what’s up. The funny thing about talking is that it has little to do with words.

A layby is a person who is in a relationship that they’re no longer feeling, but instead of doing the mature thing and dumping their partner to spend three weeks eating ice cream on the couch and mourning the death of romance, they start laying the groundwork (breadcrumbing! cushioning!) with other people while still remaining in the relationship. Layby’s are, obviously, serial monogamists who don’t like the idea of being on their own, and if they do get the guts to leave their partner, they’ll likely hop right into another (probably ultimately unsatisfying) union.

Like breadcrumbing, this is a smartphone-based behavior, in which a person – typically someone you already know but probably aren’t close to or flirty with – attempts to make you interested in them by doing little things like liking multiple Instagram photos in a row, tagging you in cute Facebook videos, or “poking” you (yes, it’s still a thing). The idea is that they’re “tuning” into what you’re doing and making you aware of their existence on a regular basis, but it’s all so subtle that if it becomes clear you’re not interested, they have plausible deniability.

Remember that awful date you went on where the other person barely bothered to look up from their phone to acknowledge your existence, despite the fact that they were the ones who asked you out? Yeah, you got phubbed. It’s a portmanteau of “phone” and “snub,” and it’s not behavior that you should put up with under any circumstance – especially if the other party is phubbing you to swipe through Tinder. Boy, bye.

Like their subaquatic namesake, submariners will disappear from your life for days, weeks, months, or even years, only to resurface again sans explanation when they’re lonely or have just ended another relationship. Some common examples of submariners are: that person from Tinder you went on a few dates with and then never heard from again, your ex from sophomore year of college who just broke off their engagement, and that hottie from your old company who you used to occasionally flirt with. Submariners aren’t all bad, but there’s definitely cause to be wary.

If you saw How to be Single, you already know what dick sand is, but here’s the rub if you didn’t: Dick sand is the emotional quicksand (get it?) that women often fall into when they’re in a new relationship with a guy they really, really like. We all have a friend who does this regularly, ditching your plans and ignoring your texts to hang out with her new man. Most people grow out of it as the relationship matures, but some, sadly, get swallowed up in the sand forever.

We all know that catfishing is when someone pretends to be a different person entirely, but what do we call those people who post, like, the five most attractive pictures ever taken of them on dating apps and then show up looking significantly less attractive IRL? We call that a kittenfish, and as cute as it sounds, literally nobody appreciates it.

Breezing is what we all want to do when we find someone we like. It’s about remaining chill but being open about your feelings and intentions and what you’re looking for. It’s no games, no drama, no BS. It’s not easy and it requires a certain degree of self-confidence and willingness to be emotionally vulnerable, but it’s probably the best way to get what you want from dating. 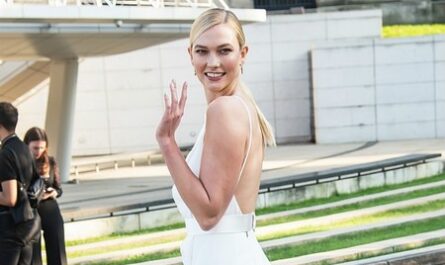 6 Signs You’re Not Emotionally Available For A Relationship – Yet