The beauty industry is not adverse to jumping on a bandwagon or two (‘feather brows’ anyone?). But the trend towards brands embracing inclusivity and adopting a gender-neutral stance is a movement we’re predicting is here to stay and we couldn’t be more excited about it.
After all, the idea of tailoring beauty products towards a particular gender is a relatively new one. As far back as ancient Egypt (those original proponents of guyliner) men have been partial to a little rouge, face powder and nail polish, a theme which ramped up even further in Elizabethan times. In fact, it wasn’t until the 19th century when the notion of marketing came into play, that the beauty sphere suddenly became distinctly gendered (King Louis XVI would be fainting into his wig collection).

But why should the possession of X or Y chromosomes dictate what you can daub on your face and the scents you’re drawn to? (Clue: it doesn’t!). And luckily the beauty industry is taking note from male beauty influencers fronting makeup campaigns to trans models starring in mainstream hair ads.

“Consumers increasingly view gender as fluid and the beauty industry is reflecting this shift in mindset with products that present a neutral aesthetic,” says Jessica Smith, Foresight Editor at the Future Laboratory. “New genderless strategies on skincare are built on the premise that men and women have chemically identical skin, so products should be formulated for end results rather than targeted at any specific gender,” something that founder of Orveda Sue Y. Nabi agrees with; “Today, men and women are not looking for skincare for their gender but simply efficient, greener, cleaner formulas based on effectiveness and safety with no difference in scent, packaging or name and this is simply because efficacy has no gender.”

11 male beauty bloggers who are slaying the makeup game

But whilst many niche fragrance brands such as Commes des Garcons, modern skincare brands such as Aesop and even makeup brands like MAC have been quietly adopting a unisex (or should that be ‘gender neutral’) approach from day dot, many other newer brands such as Jecca Makeup are more explicitly non-binary.

“For a long time, gender fluid beauty has been underrepresented by mainstream companies, however, outdated perceptions of beauty are finally shifting,” says Jessica Blackler, MUA and founder of Jecca Makeup. Blackler began working in the film and TV industry, mainly in prosthetics, where she would receive requests from those transitioning from male to female prompting her to open her own private studio. “Consumers are becoming more open minded and socially conscious which in turn means that brands are looking at this consumer demand and expanding into a whole new and untapped market. I began working with the LGBT community a couple of years ago, way before the whole gender boom and there was practically nothing that catered for them – they were totally overlooked which is why I created my own brand, so it’s really interesting and refreshing to see how this is now becoming more mainstream.” Jecca’s ethos is to make products that offer solutions, such as beard shadow coverage, which is a much more modern, reactionary approach to consumers needs in an age where social media drives fashion and beauty trends.

Natural, PETA and vegan certified, not only are the formulations of this genderless makeup brand sublime, the company also donates 5% of its profits to Stonewall, a lesbian, gay, bisexual and transgender rights charity in the UK.

Dubbed ‘the brand for all humans’ NGS aims to simplify the often perplexing world of skincare with streamlined, efficacious products that aren’t segregated by gender.

This epic gender neutral makeup brand values inclusivity, not tokenism, and we’re so into it

‘A celebration of kinship, love and queer glamour’ just about sums up this irreverent brand. Inclusive in every way from the range of skintones it caters for to the models that star in it’s campaigns.

Colour connoisseurs rejoice! 3INA (pronounced ‘Mina’) was ‘born with the view to disrupt’ and is the destination for every gender and colour expression.

Specifically made to be androgynous/unisex this tree-based Cali brand’s ethos is ‘less is more’ eschewing archaic gender scent stereotypes and cluttered shelves.

One of the main objectives of founder Aaron Firth was to create something genuinely ‘genderless’ and he’s succeeded judging by one of his best-sellers ‘Amber’ which has a 50/50 split.

The best unisex fragrances that smell good on literally everyone 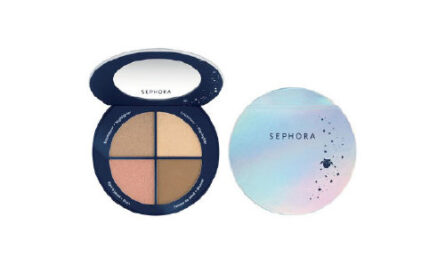 20 fashionable gifts for the New year

People with sensitive eyes are raving about this ultra-gentle mascara