The tidal change in beauty in the past ten years really has been all about hair. Think back to the mid-noughties, and you may remember that brows were far thinner, waxing everything off was all the rage, and lashes were loaded up with layers of mascara rather than worn long and luscious as they are today.

And while if you’re naturally imbued with bushy brows and luscious lashes and are miraculously hair-free, taking part in today’s standard beauty tropes may not be much work, chances are, there’s some effort involved in augmenting your appearance.

That’s where false lashes come in. Whether glued on strips, individual hairs dropped into an existing fringe of lashes, a lash lift, or as the result of extensions, the possibilities of eyelash enhancing are now endless and, based on the lash services popping up in every salon, demand is soaring. 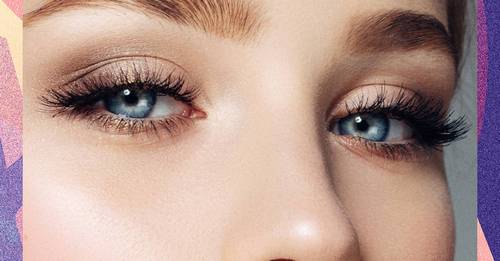 Many have turned to mink lashes because they’re very fluffy and pretty and virtually weightless and therefore comfortable to wear, but the latest reports suggest that there’s actually a far more sinister side to sporting them.

Your ultimate guide to the difference between vegan, natural, organic, clean and fair trade beauty

First, most brands marketing mink lashes refer to them as being ‘cruelty-free’ on account of the hair being collected by brushing minks or by collecting fallen hair, but Peta have recently added context to that claim that renders it implausible: ‘minks are confined to small, depressing, cramped wire cages in highly unsanitary conditions.’

Mandy Carter on the Dodo.com adds that minks are always kept in these quarters because they are ‘aggressive, solitary animals,’ meaning that those ‘free-range’ claims are probably BS.

Add in that minks display signs of distress known as stereotypies when in captivity, and it’s a pretty sound conclusion that they definitely don’t enjoy being kept in captivity be it for the purposes of farming their fur or using it for lashes.

Our verdict? Steer clear and opt for truly cruelty-free lashes by having synthetic ones applied, instead.

Cloud Colour, is the new hair trend, hot off the Mary Katrantzou AW19 catwalk, and we’re so here for it.