For murder mystery and comedy fans, the new TV shows “Only Murders In The Buildings” mixes the best of both worlds.

The popularity of true crime docuseries, movies and podcasts in recent years has not wavered down and has inspired this humorous modern take on murder mysteries and references the craze around this genre.

The series created and co-written by Steve Martin and John Hoffman (Grace & Frankie) also features Selena Gomez as an executive producer with Dan Folgelman (This is us). This will also mark her return to television since her last TV role on Disney Channel’s “Wizards of Waverly place” 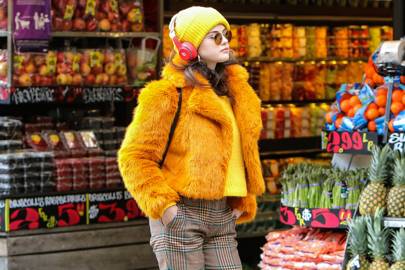 Here’s everything we know about Only Murders In The Building so far, including cast, plot, trailer, and release date:

What’s Only Murders In The Building about?

Set in New York’s upper West, a death occurs in a building where the murderer is presumed to be one of the tenants.

Three neighbors (Gomez, Martin and Short) who do not know each other but were in the same elevator as the victim just before he was killed, bond over their love of true crime and team up to solve the murder.

While leading their own amateur investigation (and naturally recording a true crime podcast about it) secrets start to unravel and embark the random hilarious trio them on a thrilling and dangerous mission.

Who stars in Only Murders In The Building?

What have the actors said about Only Murders In The Building?

Selena said: “the show is actually really fun. It’s kind of a dramedy, so there’s moments that are real and then there are other moments that are complete chaos and hilarious. I’m working with Steve Martin and Martin Short and if you don’t know their work, by the way, they’re pretty amazing people to be around.”

Steve Martin said about his co- star: “Her performance is rich and adult. She’s learned to underplay when necessary. Marty and I are pretty manic, and she’s this solid, solid rock foundation. She’s nicely, intensely low-key. She’s just working. And Marty and I joke around constantly, and we weren’t sure if she’d be game for it. But now we think of ourselves as the Three Musketeers.”

When will Only Murders In The Building be released?

The show will premiere on Disney+ on August 31st

Yes, there is, and this suspense filled trailer packed with comedic lines will have you laughing and wanting to embark on a true crime mystery of your own!

We’ve got our first teaser trailer and an update on the release date!

Do our periods really sync up when we live with friends?

Little Mix’s Leigh-Anne Pinnock has given birth to twins