We love it when our favourite co-stars reunite for new projects and this time, Marvel’s own Chris Evans and Scarlet Johansson are teaming up for new romantic thriller, Ghosted.

The action-adventure film is set to be a production for Apple and will be directed by Dexter Fletcher, who is best known for his Hollywood hits Rocketman and Bohemian Rhapsody, so already, we can expect big things.

But what exactly is Ghosted all about? And more importantly, how long do we have to wait for it to be released?

Here’s everything we know so far…

What is Ghosted about?

According to Deadline, the script was written by Deadpool and Zombieland writers Paul Wernick and Rhett Reese, which gives you an idea of what themes to expect from the movie. As for the actual plot, not much has been revealed just yet as the film is currently still in its pre-production stages. But what we do know is that if we get the brilliance of Bohemian Rhapsody, the humour of Deadpool and a stellar leading cast, all of which are promised given the creators, then we’re in for a treat! 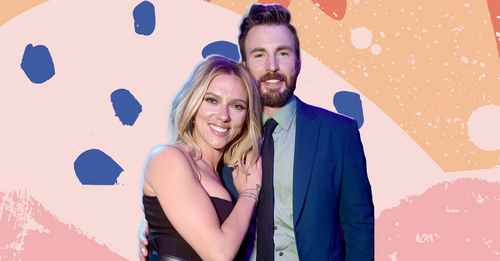 Who stars in Ghosted?

So far, all we know is that Evans and Johansson will lead the cast, acting alongside each other once again, which frankly, is enough to excite us. The two actors starred in Marvel’s in three Avengers movies together, wowing fans with their electric chemistry as Captain America and Black Widow. Johansson, who was recently also cast in Wes Anderson’s upcoming movie alongside Margot Robbie, also joined Evan’s in Captain America sequels Winter Soldier and Civil War.

Is there a trailer for Ghosted?

Sadly, it’s way too early for a trailer or any sort of teaser but we’re keeping our eyes peeled for them!

Is there a release date for Ghosted?

As it is still pretty early on, we’ve yet to be given a release date for Ghosted. But considering the fact that the movie is still in pre-production, we won’t expect to see it before late 2022 at the earliest.

Tom Daley Spotted in the Stands With His Other Great Olympics Partner: Knitting Needles