Dropping on 23rd October, the story follows a young girl who is sent to live with her uncle, where she discovers a beautiful, mysterious garden.

Completed Netflix? Sofa sleuthed the hell out of all the true crime documentaries, laughed your way through the best stand-up comedy and sobbed relentlessly during the saddest movies of all time? If you’re stuck in a binge-watching rut, we have just the ticket.

Enter NOW TV, which we have recently discovered, is an absolute treasure trove of world class films. From some of the latest releases to the Oscar gold of years gone by, you’ll never be short of seriously good flicks to watch on movie night.

Speaking of latest releases, we cannot wait for the latest adaption of The Secret Garden, Frances Hodgson Burnett’s beloved children’s book from 1911. The film has been delayed because of the Coronavirus pandemic, and is one of few films launching both in cinemas and on demand (on Sky Cinema and, obv, NOW TV). 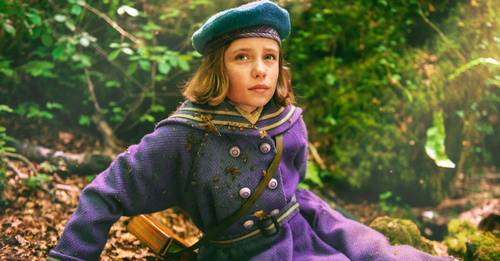 The official plot synopsis reads: “Mary begins to uncover many family secrets, particularly after chancing upon her cousin Colin, who has been shut away unwell in a wing of the house.

“The three children adventure deep into the mysteries of the garden – a magical place that will change their lives forever.”

Excited? Us? Just a tad.

So, whether you’re a film buff looking for the likes of Tarantino, Nolan, Bigelow and The Coen Brothers, or simply want an easy-to-watch rom-com to make you laugh and give you that warm fuzzy feeling (looking at you, Bridesmaids), NOW TV has a movie for you. Happy duvet day…

17 pairs of the best designer shoes ever